The British Museum has collected 250,000 UKP toward the 300,000 UKP it needs to purchase this early 18th Century Hanukah lamp. On loan, the museum has displayed it for over 70 years.

In 1709, Elias Lindo married Rachel Lopes Ferreira. Elias commissioned this lamp from silversmith John Ruslen in 1709. The Lindos figured prominently in the early community of Spanish and Portuguese Jews in London. They were founding members of the Bevis Marks Synagogue, established in 1701.

Elias’s father, Isaac Lindo (1638 – 1712), fled the Inquisition in the Canary Isles and settled in London in 1670. The backplate of the Hanukah lamp is chased with the figure of Elijah fed by the ravens, in a play on the patron’s Hebrew name. 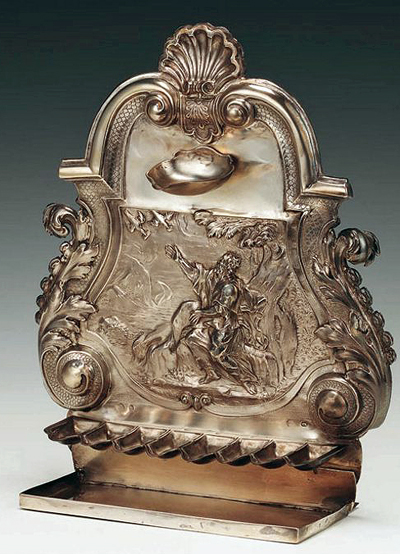