Spiders are not insects but belong to the class of arachnids, along with scorpions and mites. Numerous kinds of spiders exist all over the world and many weave webs from a natural secretion of silk thread exuding from glands in the underside of their abdomen, to attract insects for food. One of the most familiar types of webs is the large complex wheel-like web of the garden spider, the orb-web spider. Mythology broadly describes the web spider as the Mother of Destiny, the Great Weaver spinning the thread of life and weaving the web of time. To the American Indians an image of a spider on its web was a protective amulet against danger from wind, rain and all those natural weather phenomena which might threaten the spider’s own web.

Although the spider is not everyone’s best friend, throughout history spiders must have had a few admirers. Some sources say that, as a motif for jewellery, it originates from the beautiful and artistic hair ornaments worn by women of the Chinese ruling élite of the 17th century. 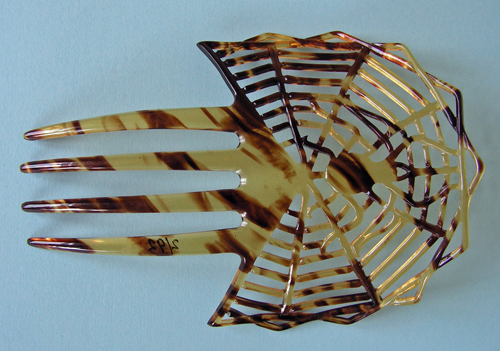 Silver filigree spider in the centre of its web has a hinged 2-pronged pin attached to the reverse, making it a beguiling ornament for a dark coiffure under night lights or candles. Of indeterminable origin, it dates to the mid 20th century or earlier. 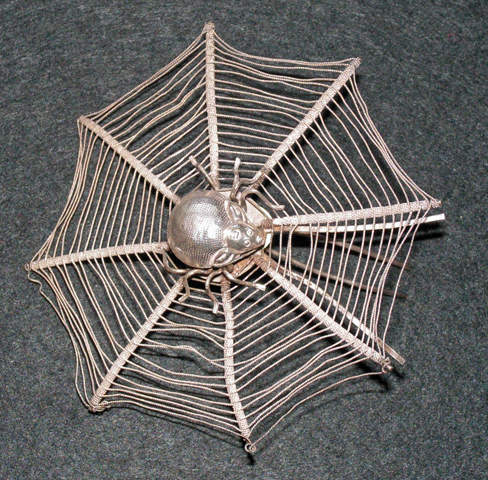