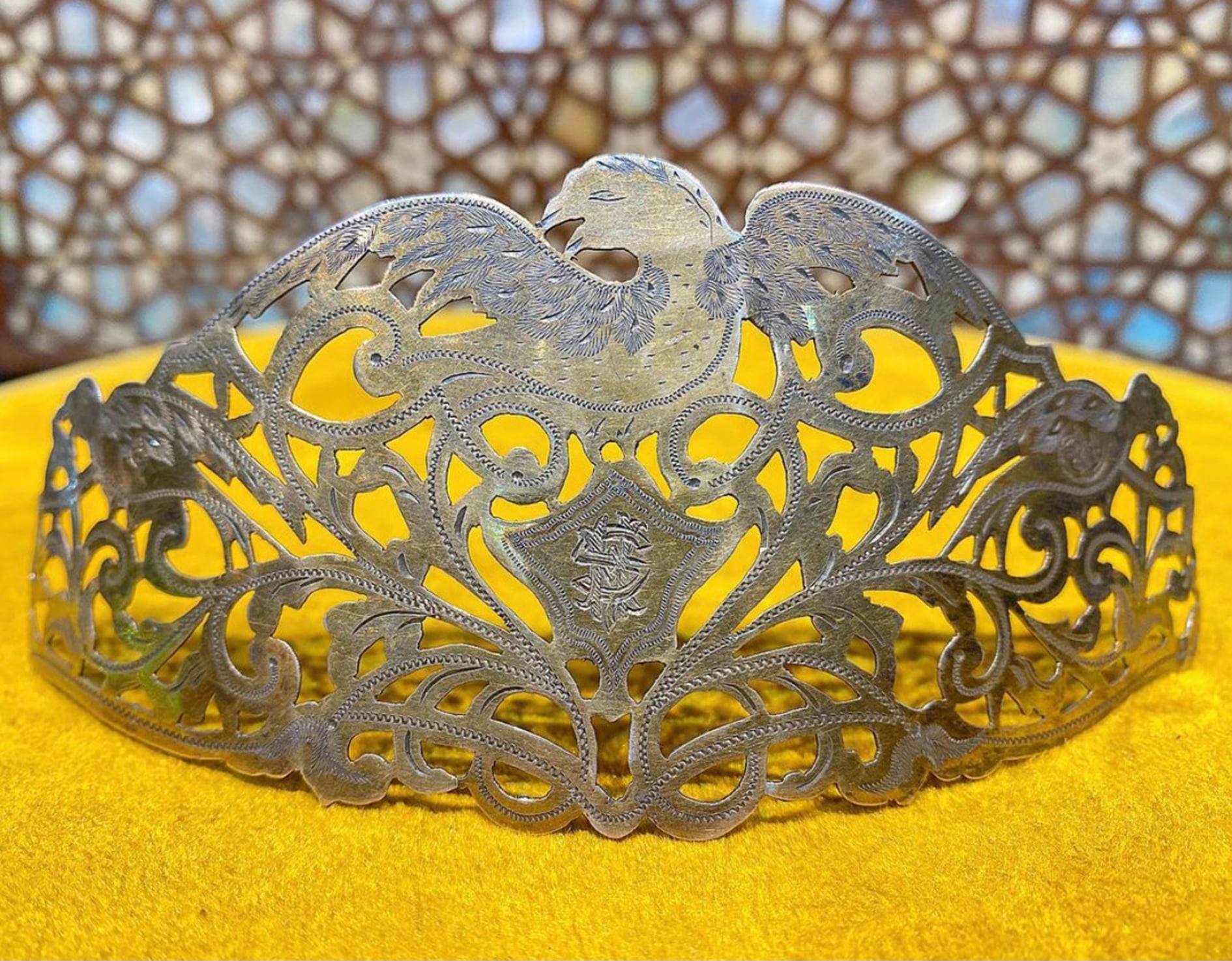 I wanted to examine this crown from a mythological and iconic perspective. A bird spreads its wings in front of the crown and two bird figures are placed on the left. These three bird figures are connected with palm branches and motifs.
Bird symbolism is used in Turkish culture and mythology, especially symbolizing the Goddess Umay (Altay Mythology) and the Goddess Bear (Yakut Mythology). Both are disguised as water birds, which are female archetypes. Turkish Eagles are the water bird figure that signifies a Kut symbol, which connects human beings with the heavens.
The mythical Huma bird appears as the Goddess Mother Umay, a fertility goddess who resembles the earth-mother. Ancient Turkish Mythology portrays the Huma bird as one who protects the State and the Authority. In the Ottoman tradition, the source of the structure called Humayun is also related to the ′′State Bird. ′′
In Turkish symbolism, birds of prey are symbols of Oghuz Turkish Heights. Myths from bird to derivation are seen in Shaman rumors. The Mother of the Shamans is known as the Eagle. In this case, ′′ Oghuz Ongun Birds ′′ are ′′ Female Birds ,” which are related to the Mother Goddess cult.
In Turkish mythology and symbolism, birds on a crown are female archetypes, which belong to a lady, Mother Umay carries a breeze. The essence of birds are the source of these concepts in the ancient Turkish Mythology.