Born to the son of a Danish knife grinder in 1866, Georg Jensen had many dreams when he was young. He trained to be a goldsmith at 14, pursued his childhood dream to sculpt at the Royal Academy of Fine Arts, worked at a porcelain factory, and co-founded a pottery shop in 1898. None of these attempts were successful enough to support him and his family.

In 1901, he got a job as a silversmith and designer with Mogens Balin, a friend of Mr. and Mrs. Paul Gauguin. With Balin, he learned Art Nouveau.

Successful innovators have a belief in themselves that goes beyond social recognition. In 1904, Jensen risked all the money he had and opened his own silversmith shop at 36 Bredgade in Copenhagen. His knowledge of fine art and technical ability with metals soon brought him fame. The company expanded, and his name became a worldwide brand.

However, from 1904 to 1908, he made his creations with his own hand. These four years are called Jensen’s First Period.

On e-Bay, there is a fabulous First Period Georg Jensen comb selling for $16,000. It is not overpriced. On a tortoiseshell comb, amber and agate jewels flower the silver leaves. In magnificent condition, the comb also comes in its original box, which has the correct marking. 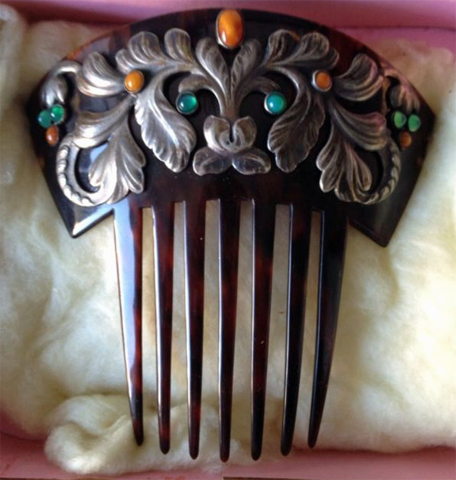 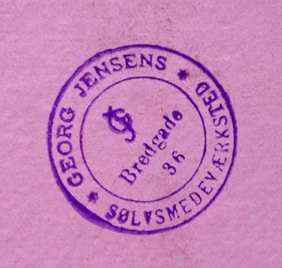 In the shop, Danish Silver, there are other early Jensen combs.

This piece bears the hallmark of being made between 1908 – 1914. The silver design is punctuated by a labradorite center stone and opals on the sides. It has been repaired and is selling for $8,808. 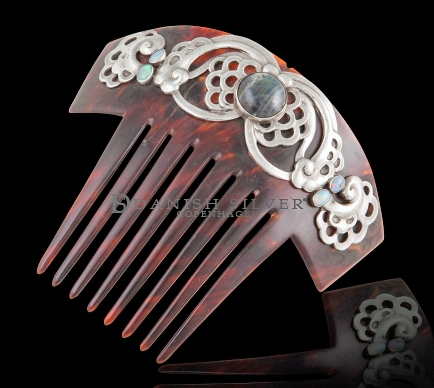 This is a First Period tiara comb, all in silver, sporting moonstones. In excellent, original condition, it is selling for $27,950. 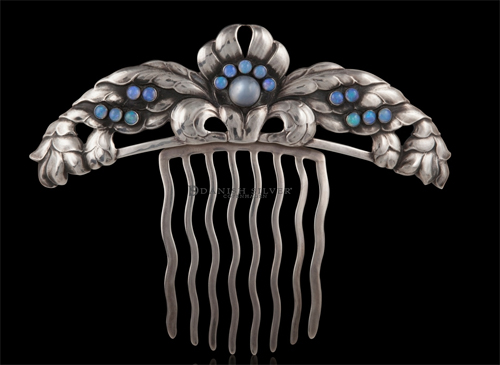 Of course, we must end with a crown. Jensen made this magnificent piece for his friend Frederik Fredinand Tillisch. It was worn by Tillisch’s bride, Ingeborg Hertha Paludan-Muller, at their wedding in 1911. There is no price on this, so we can just imagine.