Similar sets of tortoiseshell H combs were produced in 17th-Century Jamaica. The French produced H combs in the 1400s for religious purposes, then as the Renaissance progressed the H-comb themes became love stories. In Turkmenistan, they still make silver H combs. The comb is made of wood, and the silver is decorated with carnelian and turquoise.

Jamaica was granted arms in 1662, seven years after the British conquered the island in 1655, and eight years before Spain officially recognized Britain’s claim to the island in 1670, the Treaty of Madrid.

As you can see one handle of the H broke off one of the combs, but the carving and its history is beautiful and museum-worthy. This set is estimated at $5,000 – $7,000. 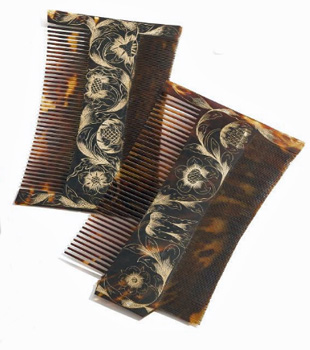 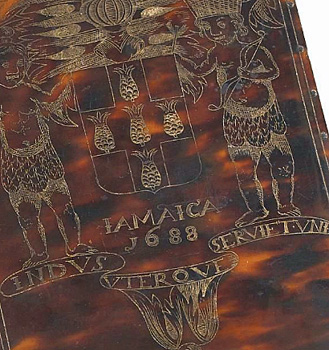 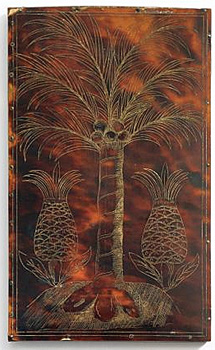