Cenk Sertdemir, a real Siberian Shaman, wrote in and corrected an old post with priceless scholarship: “This figure is Sook-Irey, or Father Frost. He comes in the coldest winters from the depth of Tandy-Taiga Mountain. Magically he takes on a human form and seeks warmth in houses and people. Before he becomes human, he is the spirit of one of the four Ulu (dragon). These dragons are the seasons. The Winter Ulu is called Kysh.” Thank you, Mr. Sertdemir. 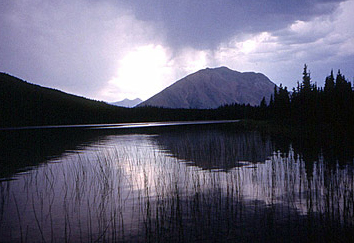 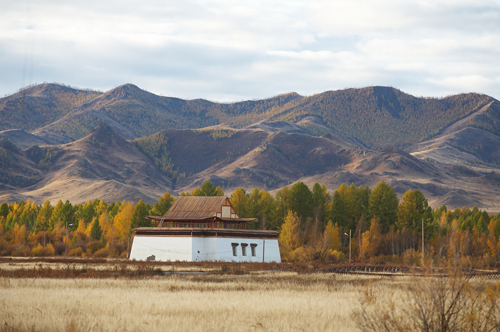 As Mr. Sertdemir states, Kysh turns into a human being called Sook-Irey. His body is made of ice, and he wears a white and light-blue costume to stop the sun from melting him. On his hat are the colors of the sun and moon to remind us of his mythical origins. The costume of Sook-Irey, shown at the top of this post, was probably created by Vyacheslav Dongak, a ballet master and the Tuvan Minister of Culture.

Here are two of his other couture designs, which were displayed in the V.Kok-oola Tuva State Music and Drama Theater. 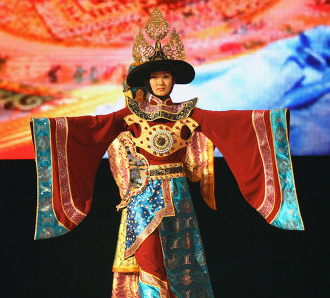 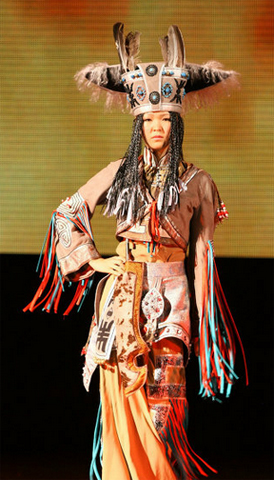