Patoromu Tamatea was of the Ngati Tamateautahi, a sub-tribe of Ngati Pikia. He carved canoes. When that work ceased in 1864, he was involved in settling a dispute over pigs. In later life, he started carving wood items, including combs, for British Captain Gilbert Mair. Many of his carved figures are now in the Auckland Museum and in the Museum of New Zealand.

“Heru” is the Maori word for ‘comb.’  “Heru paraoa” means whalebone comb. In Maori culture (which has strongly informed developing NZ culture) a person’s head is “tapu,” or sacred, prohibited, restricted, under protection. The higher the rank of the person, the more tapu their head. Therefore, anything that came in contact with the head (like combs) was also tapu, and had to be treated with great care.

I have rarely seen anything with this indelible level of drama, passion, boldness, inspiration, and courage. This is an unqualified masterpiece, expressing the soul of a tribal god. It was a privilege to see it. Made of bone, c. 1870, the inlay is native paua shell. The face exists on both sides of the comb. I also found another comb by this same artist, as well as a link to the wooden carving of the Madonna and Child, both of which are housed in the Museum of New Zealand. Mr. Tamatea died in 1890. 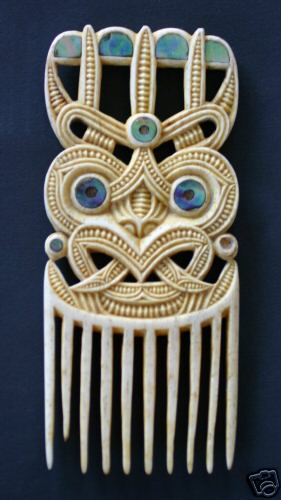 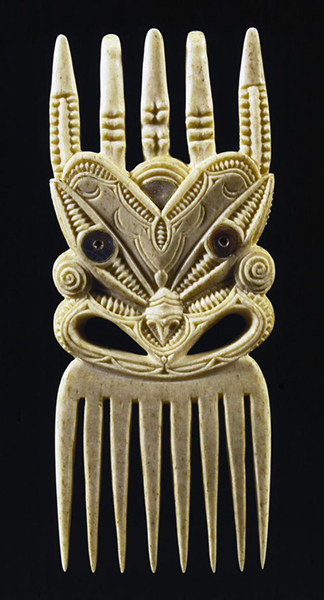 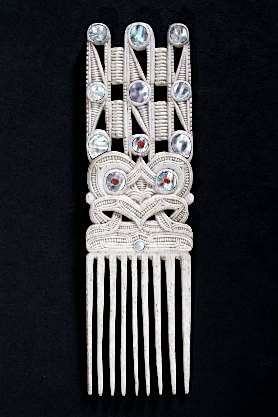 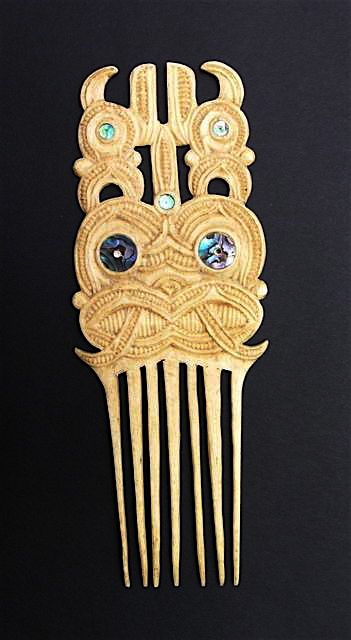 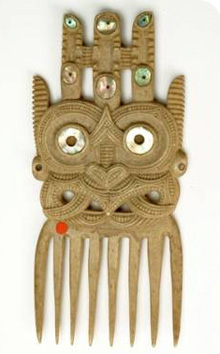