Sandy over at Ruby Lane said there was a storm over this comb, and having finally received it, I can imagine why. There are just no words to describe how beautiful it is, and how much I love it. But I also did a little research on the manufacturer because he was a Jew from New York City, and my family emigrated on the boats to see the Statue of Liberty and escape the Cossacks in the shtetels of Russia.

F J Kaldenberg’s father started a meerschaum pipe business in 1858, his son took over in 1869. They made pipes, canes, and ivory goods. From this historical article in the New York Times written on April 8, 1893, the business failed.

If you look at the label, it looks like P J Kaldenberg, but I know it’s F J from this quote in the article, “Mr. Kaldenberg has three stores situated on Nassau Streets and Fulton and Cliff Streets and at East Astor Place.” All of these locations are listed on the label of the box accompanying my ivory comb. How many combs would this company have made? I can’t imagine a lot. But given the three locations on the label, I’d have to date this c. 1869 – 1893. Here are pictures of the label, the comb itself, and the dresser my treasure will sit on. I’m glad another Jewish Princess from New York City has it. :-) 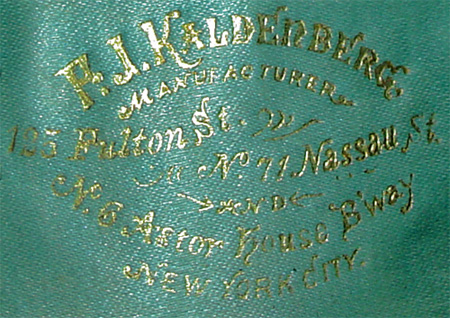 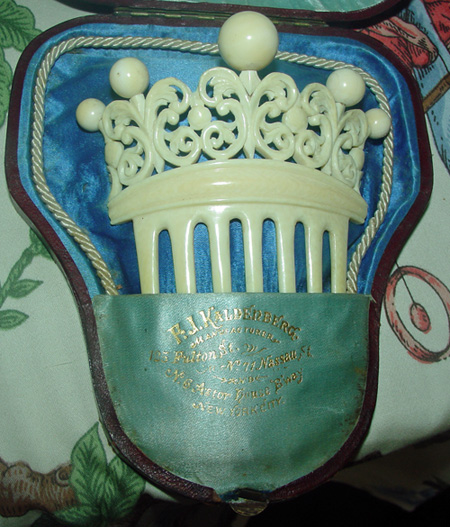 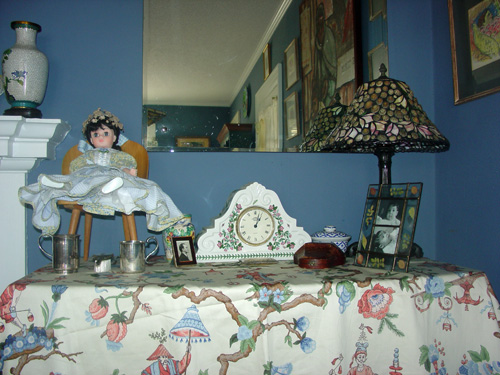 I’m keeping the box closed on my dresser to avoid discoloration to the ivory. I will have fun opening the box and looking at this piece of history in wonder.

2 thoughts on “I received the ivory comb”