The Japanese intricately carved chrysanthemums on coral kanzashi. It seems Cartier took this idea, fit the coral carvings into an English-style tiara, and hinged it on a tortoiseshell comb. The mums also have diamond centers and are bordered with pearls.

To compare and contrast, here is the Cartier comb and a Japanese coral kanzashi. 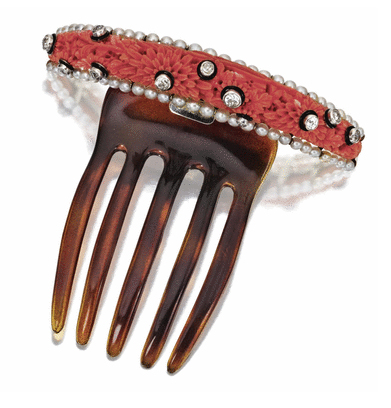 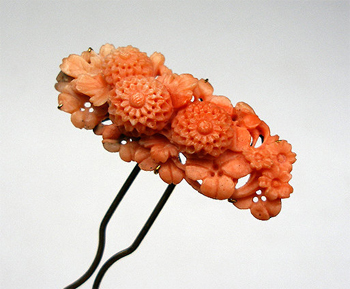 Cartier: Innovation through the 20th Century

Catalogue of a collection of hair ornaments, pouches and toilet articles used by Japanese women;: The collection of Baron Ino Dan