A colleague of Charles Darwin, Alfred Russel Wallace (1823-1913) spent a decade writing The Malay Archipelago. The Land of the Orang-utang and the Bird of Paradise. 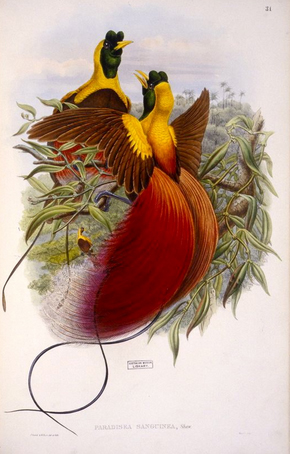 Europeans were mesmerized by the red bird of paradise, as it reminded them of a lost Eden. Wallace wrote extensively on how he used native contacts to kill them, or rather to get specimens for study.

Unlike the kingfisher, Paradisaeas are not extinct. Here is a rubra and a minor in all their glory. 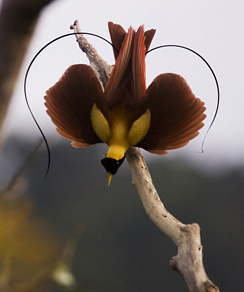 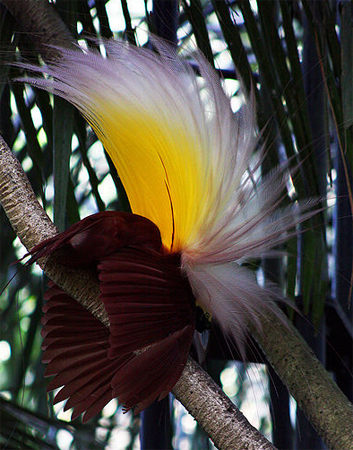 Tribal leaders feathered this ceremonial headdress from the wings of the red bird of paradise, cockatoo, parrot, and pigeon. It was acquired by the National Museum in Papua, New Guinea in 1906. 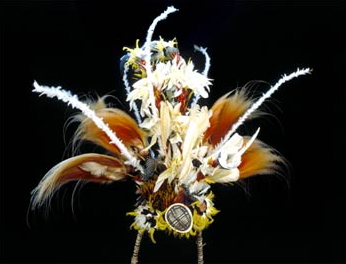 For parents who might show this blog to their children, they can reassure them that Kevin from the movie, “Up” was a Kelenken, an extinct prehistoric bird, who lived 15 million years ago in Argentina. No one made headdresses out of Kevin, so we can all breathe a sigh of relief. :-)

Ethnic Jewellery and Adornment by Truus and Jeremy Daalder