In Latin, it is known as the Triregnum. The crown of the Roman Catholic Pope has three jeweled tiers, but is rooted in Byzantine and Persian design. In fact, the word, “tiara,” is Persian.

The bottom crown appeared in the 9th Century. Jewels were added when the Popes attained political power in the Papal States of Italy. In 1298, Pope Boniface VIII added a second layer to assert that spiritual dominion had precedence over civil authority. Pope Clement V was the first to wear the triple tiara with the cross on top and gold strips, c. 1314. 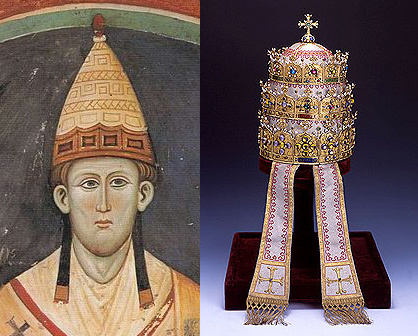 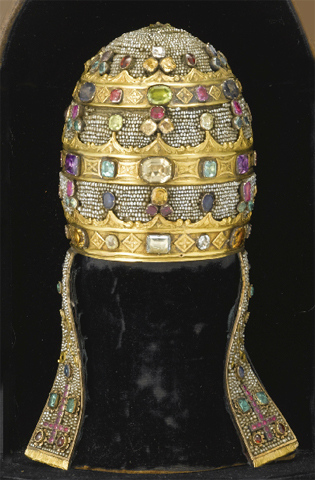 However, when preparing for his coronation, Pope John Paul II was asked if he would like to wear a papal tiara and answered, “This is not the time to return to a ceremony and an object considered, wrongly, to be a symbol of the temporal power of the Popes. Our time calls us, urges us, obliges us to gaze on the Lord and immerse ourselves in humble and devout meditation on the mystery of the supreme power of Christ himself.”

A great man teaches us that a tiara can be more powerful in its absence than in its presence.