was a pre-colonial Central African state, which was founded by King Kongolo Maniema, c. 1585. The Hemba people

were incorporated because they started to migrate into Luba territory at the beginning of the Empire. In addition to being artistically influenced by the Luba, the Hemba endured kidnappings by Arab raiders for the the transatlantic slave trade

The Luba government lasted until 1885, when King Leopold II of Belgium 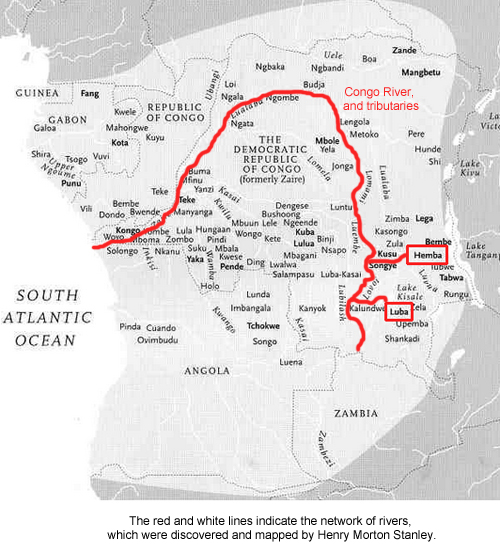 Under the direction of King Leopold II, Stanley

used his map to bring Belgian soldiers to African Chiefs. False treaties tricked them into signing over their power and land to the King, who then proclaimed the Congo Free State

, the first European colony owned by only one man. First, Leopold wanted ivory. Joseph Conrad documented the brutality of this slave labor, as well as explored what allows man to commit undiluted evil, in “Heart of Darkness 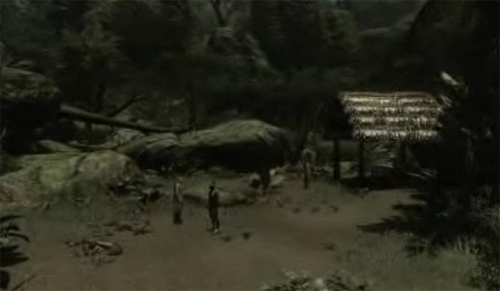 In 1898, the Goodyear factory in Akron, Ohio, made the first inflatable bicycle tire. In 1903, they started making car tires for Henry Ford. No one had more rubber than Leopold, for vines overflowing with sap grew wild in the Congo’s rain forest.

Forty years after the Emancipation Proclamation and Gettysburg Address (1863), Belgian conscripts took women hostage; raped and starved them; and made their husbands meet immense quotas for collecting rubber to secure their release, so the Goodyear factory in Ohio could pay Leopold immense sums of money. 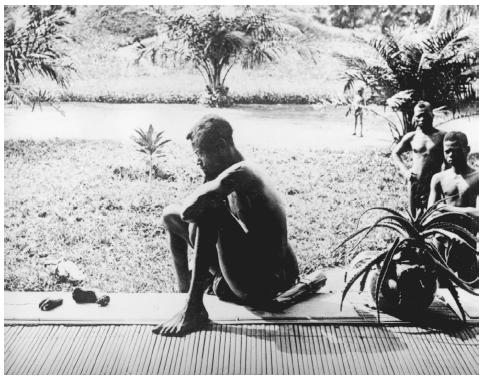 Nsala, of the district of Wala, looking at the severed hand and foot of his five-year-old daughter, a victim of the Anglo-Belgian India Rubber Company (A.B.I.R.) militia.

Leopold’s treatment of slaves and prisoners was so brutal, rebellions, journalism, and a letter from George Washington Williams forced him to give up private ownership of the colony. 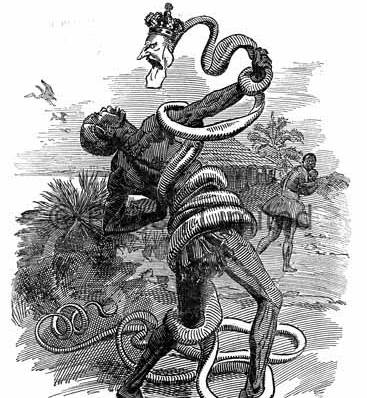 In 1908, the land was renamed the Belgian Congo. By 1920, two-thirds of the population had died. In 1960, the people gained independence and live in what is now known as the Democratic Republic of Congo

From the African collection of The Creative Museum, a Hemba artist made this comb before 1960. It shows a man, either prisoner or slave, being held naked, with his hands tied behind his back and whip marks on his chest. It is an artifact of Leopold’s heart of darkness, his crimes against humanity. 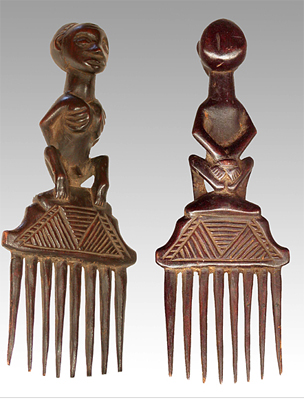 In the 1970’s, the Hemba artists were able to express their strongly held beliefs in ancestor worship and fertility, traditional themes of African comb making. 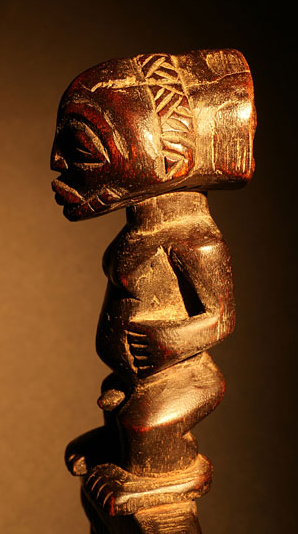 And in this final, beautiful example, a couple embraces — at last.

2 thoughts on “Hemba Combs of the Congo”