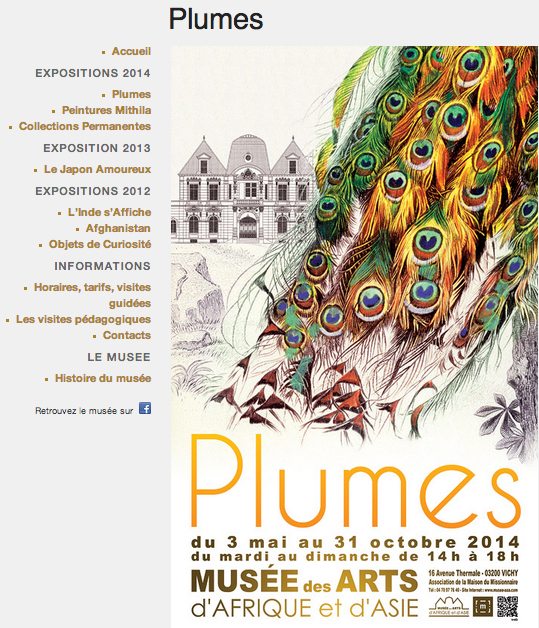 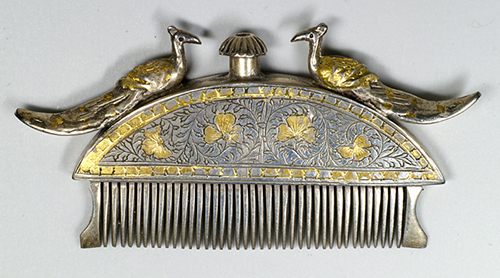 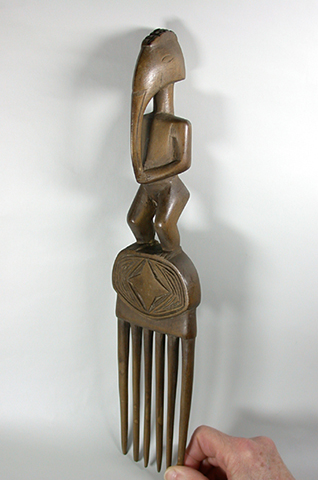 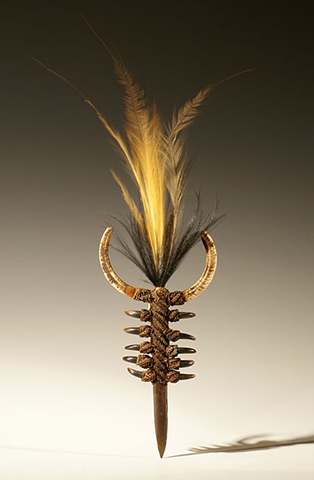 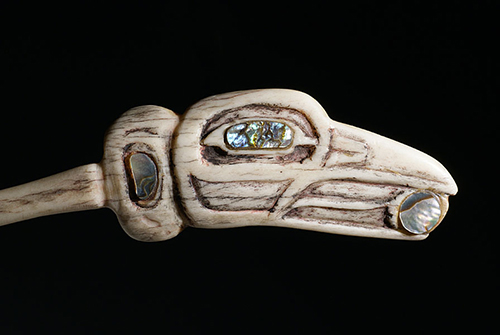 Ivory hair combs for the American Museum of Natural History were collected on a cultural expedition by Herbert Lang and James P. Chapin from 1909 to 1915. James Chapin and a child, name unknown They were made by the Mangbetu people, who lived in Panga and Medge, small villages in King Leopold II’s Congo Free…… END_OF_DOCUMENT_TOKEN_TO_BE_REPLACED

The Musée Dapper in Paris was realized by the efforts of the Olfert Dapper Foundation. Dapper was a Dutch historian whose most famous book, Description of Africa (1688), wove geography, economics, politics, medicine, social life and customs. Free of ethnocentric judgments, it remains an indispensable resource for historians. The museum’s current exhibition, “Initiés, Bassin du…… END_OF_DOCUMENT_TOKEN_TO_BE_REPLACED

In the Samburu district of Kenya, near Archers Post, lies a village of women’s dignity – Umoja. It is a refuge for victims of domestic violence. Normally pastoral cattle herders, Samburu matriarch Rebecca Lolosoli has started a business to make the complex beaded necklaces and headdresses for which the tribe is known. The Samburu knit…… END_OF_DOCUMENT_TOKEN_TO_BE_REPLACED

When light or wind passes through, the open eyes of a mask can haunt you. Ancestral spirits look back. I wanted to show some tribal combs and masks, whose open designs allow this emotional exchange to happen. From The Creative Museum‘s African collection come these examples: These three 20th Century hairpins with masks are ivory.…… END_OF_DOCUMENT_TOKEN_TO_BE_REPLACED

In 1974-’76, Leni Riefenstahl published portraits of the Nuba people in two books: Africa, which was about the Mesakin Nuba, and the People of Kau, which featured the South East Nuba 100 miles away. In the mid-70’s, the Nuba’s artistic adornment included tattoos and complex geometric designs. A man or woman could chose one color…… END_OF_DOCUMENT_TOKEN_TO_BE_REPLACED

Another blog wrote about them: Le Blog de Cameline! She tells the story of the family in French. This post will be an English translation, and then I will pick some of my favorite combs from this magnificent collection, so we can enjoy both posts. Cameline says, “The Creative Museum is a virtual museum devoted…… END_OF_DOCUMENT_TOKEN_TO_BE_REPLACED

The Luba Empire was a pre-colonial Central African state, which was founded by King Kongolo Maniema, c. 1585. The Hemba people were incorporated because they started to migrate into Luba territory at the beginning of the Empire. In addition to being artistically influenced by the Luba, the Hemba endured kidnappings by Arab raiders for the…… END_OF_DOCUMENT_TOKEN_TO_BE_REPLACED

The complexity and symbolism of Fulani coiffures, hair ornaments, jewelry, clothing, and tatoos reflect their history as a conquering people. They have 4 castes: noblemen, merchants, blacksmiths, and slaves. Before the Europeans arrived, powerful empires ruled the African Savannah for over a thousand years. They were fueled by gold mines. In the 13th Century, the…… END_OF_DOCUMENT_TOKEN_TO_BE_REPLACED