When trade links with China were re-established in the 18th century, the earliest and largest markets were in the West. Chinese teas and silks were the prime commodities of trade with Europe and America and an increasing demand for items such as porcelains, ivories (from African elephant tusks) and fans developed over time. 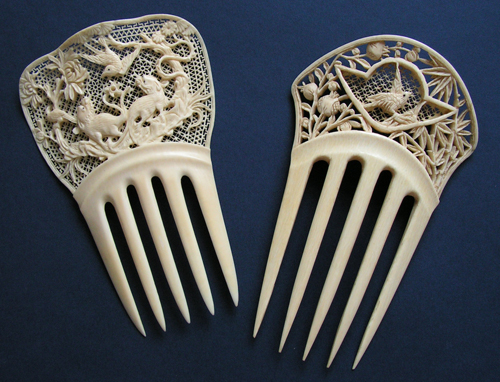 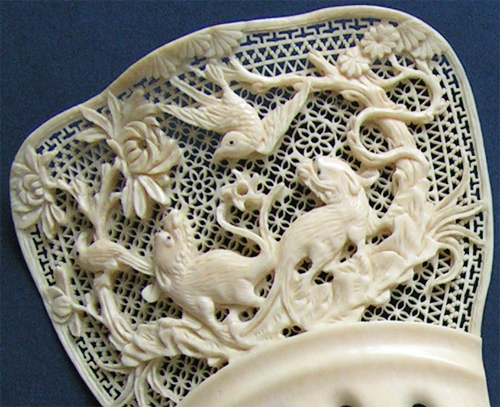 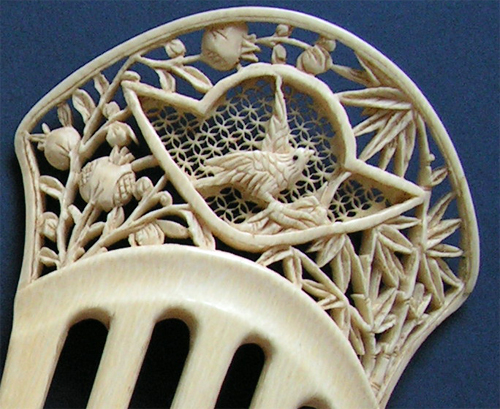 Primarily centred in Canton, ivory working reached an exceptional degree of expertise between 1790 and about 1850. At first, private buyers from the West – ships’ captains, trading merchants, diplomats and the like – sought small speciality items to take home as personal gifts for family and friends; ivory combs in the European style were highly favoured.

So enthusiastically were the gifts received that demand grew and it was not long before a burgeoning industry developed and the Cantonese workshops (hongs) were making ivory combs in large quantities for export to Europe and the USA. This was a new departure for the craftsmen as Chinese women did not wear combs such as these, their traditional hair accessories being quite different in format and design. 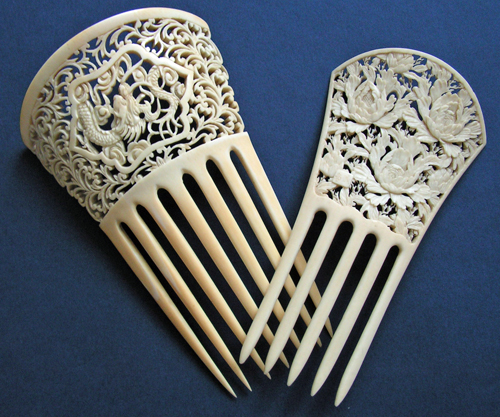 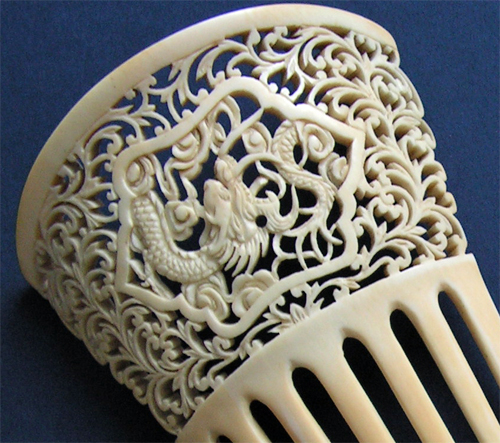 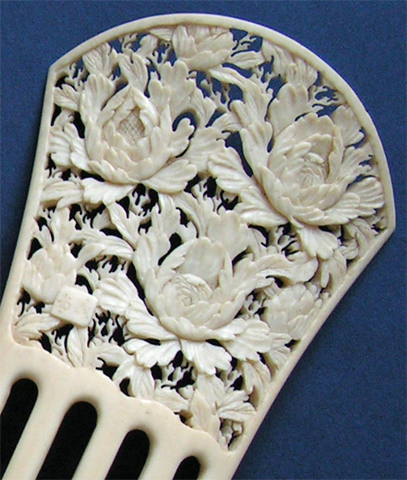 The majority of the combs were elaborately carved and finished, the craftsmanship and ingenuity of the ivory designers and combmakers being second to none. On carved, fretted or pierced backgrounds, flowers, birds and small animals formed the principal themes, with the mythical dragon a predominant feature (pictures 1 & 2). The combs were not set with jewels or gemstones but relied on the texture and sincerity of the ivory itself for enduring appeal.

Generally the combs carried no marks; however, occasionally the signature of the artist-craftsman was placed within the carving, as seen on the flower comb Fig 2a. The combs were not set with jewels or gemstones but relied on the texture and sincerity of the ivory itself for enduring appeal. 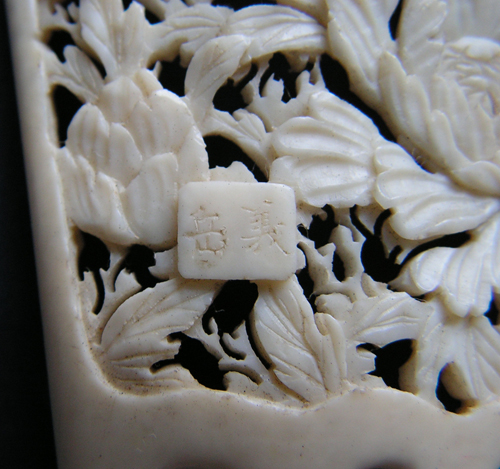 "The Comb," by Jen Cruse is lavishly illustrated with over 500 photographs. This is a wide-ranging, scholarly reference book.
View all posts by jencruse →
This entry was posted in Chinese Hair Comb, Jen Cruse and tagged Chinese Ivory Hair Combs, Jen Cruse, Jen Cruse: The Comb. Bookmark the permalink.