Artisans as well as objects were itinerant along the Silk Road, named for Chinese silk traders in the Han Dynasty (206 BC to 220 AD). No one traveled the entire route from end to end. Land and sea routes formed a series of networks, where philosophies, religions, ideas, goods, and even the bubonic plague spread across cultures.

Click this image for a larger version of the map.

In 1937 and 1939, Joseph Hackin and Jean Carl discovered the New Royal City at Begram, modern-day Bagram, south of the Hindu Kush Mountains in Parwan Province, Afghanistan. It was a strategic location leading south to Kabul and to the Khyber Pass, which connected Afghanistan to Pakistan. In two sealed rooms were extraordinary glassware, bronzes, plaster and alabaster objects from Rome, fragments of Chinese lacquer boxes, and Indian-style bone carvings that outlined furniture.

This carving could have been a furniture ornament. 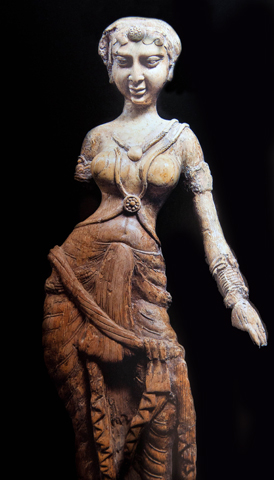 Because of three uncarved ivory blocks found at Begram, scholars believe the city was not only a drop-off point, but a production center and part of an ivory-distribution network. 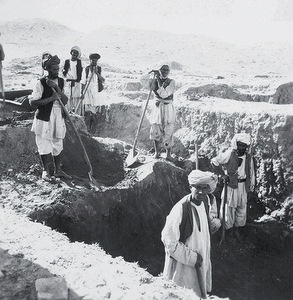 The links proving this can be found in two combs, identical in form and content to one discovered at Begram.

The first was excavated at Dal’verzin Tepe in ancient Bactria (now southern Uzbekistan), and the second comb, shown here, was found at Tillya Tepe in northern Afghanistan. Its rounded corners, the type of ivory used, and the fine engraving indicate the comb came from India. All three combs were made in the second half of the 1st Century AD. 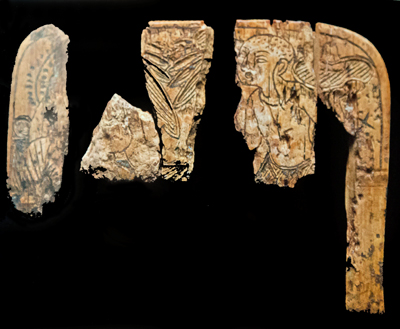 Tillya Tepe was the Hill of Gold. A 1st-Century nomadic princess was found there with her crown and appliques in tact. Her maidens were also found. This drawing represents her costume. 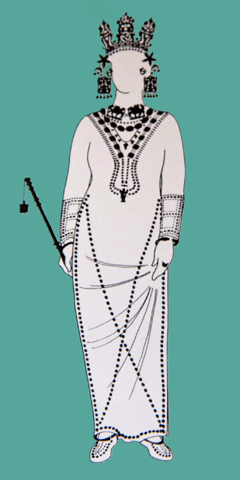 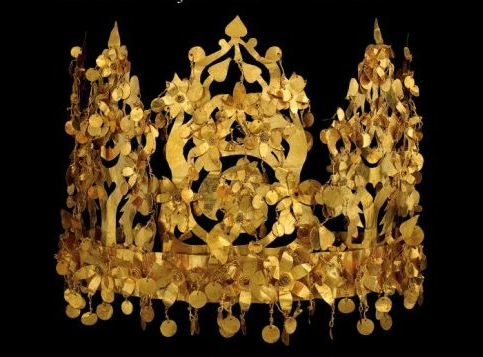 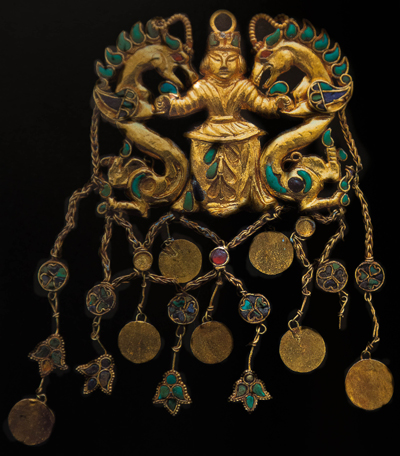 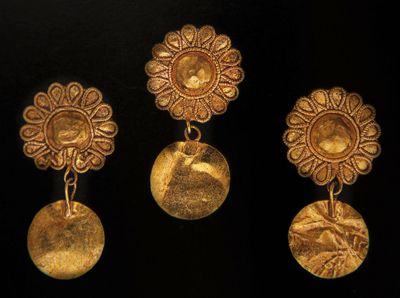 What I find interesting is the tree-of-life headdress-top ornament of Tillya Tepe. 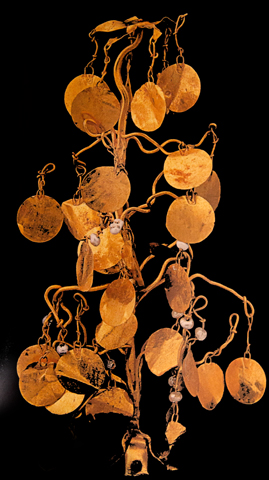 Made in the 1st Century AD, it is very similar to what the the Murong branch of Xianbei peoples made in the Yan Dynasties in China (265 – 420 AD). 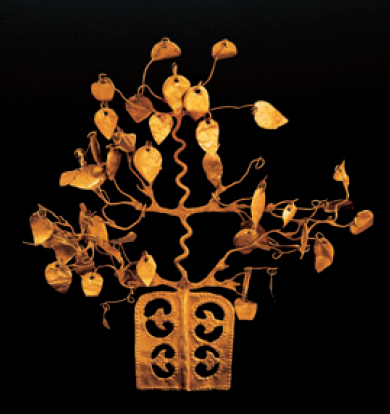 Could a Tree of Life hair ornament have been one of the ideas that traveled along the Silk Road?