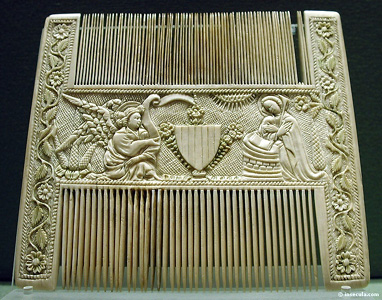 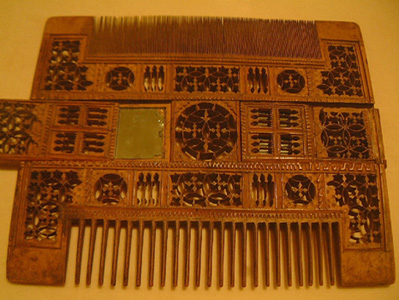 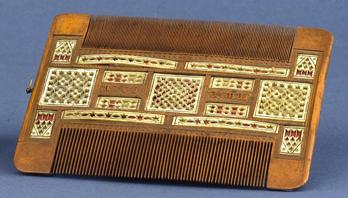 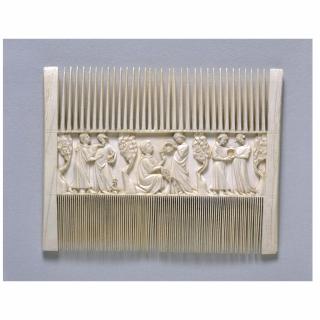 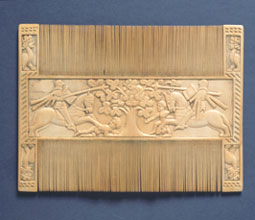 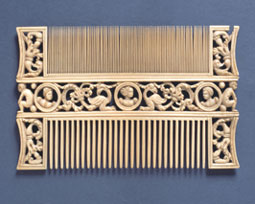 Lalique, c.1903, dyed horn, featured at the exhibit in Hakone, Japan. It was compared to a number of Edo combs, which had exactly the same kind of cherries painted on them.

This buckle, which can also be worn as a barrette, sports two dragonflies looking at each other. It is made from gilt- and silver-plated metal, metal enamel, and the stones are paste. It is marked with the correct PF signature and was made c. 1905. In the literature, it is listed in the book, “The…

We’ve been following a lot of combs sold at Sotheby’s auctions. I thought it might be useful to list their final sale prices to get a sense of the comb market. Like any antique, the highest prices went to pieces that were made by the hands of a master who changed the way the world…

All the artists who made these combs, c. 1800, are unknown. The first is carved and incised ivory with openwork, showing two cranes pointing at a family crest, which in Japanese is called KA-MON. KA means families with their own genealogical trees, and MON means crest. The second comb is made of tortoiseshell, graced with…

Two historical periods created my favorite combs: Edo Japan and Art Nouveau France. The artistry embodies two completely different concepts, one painting and inlay on a flat ivory surface, the other an orchid sculpture or horn, ivory and glass made by Rene Lalique with his own hands. Examples: