Although we swoon from the diamond, emerald, pearl, and sapphire tiaras, there are some, which are made of unusual materials. Just like Lalique used horn, when no one else was using it, these artists experiment, too.

I’m going to start with two by contemporary artist Jan Yager. This one is in the Victoria and Albert museum in London sitting right next to the diamonds. It is made of aluminum, glass, steel, cow’s horn and feathers. 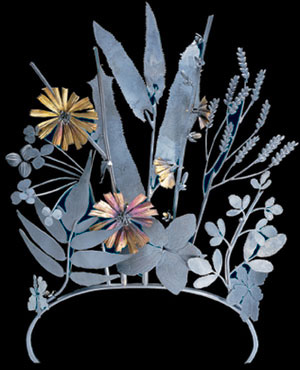 This Jan Yager tiara was featured in “Craft in America: Expanding Traditions,” in the Museum of Contemporary Craft in Portland, Oregon. It is called “Tiara of Useful Knowledge. City Flora: The Philadelphia Series (2006)” and is made of oxidized sterling silver, 18K and 14K gold. 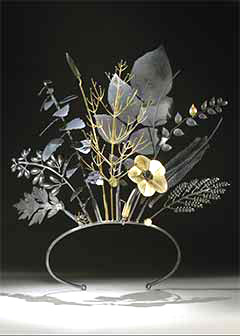 The third piece I want to show was made by Liz Wallace, from the Navajo/Maidu/Washoe tribes and was purchased by the Wheelright Museum of the American Indian, c. 2006. It is made of plique a jour enamel, 18K gold, and sterling silver, and I love this one. 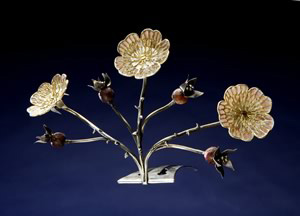 This “Fire and Ice” tiara c. 1990 was made by Geoffrey Rowlandson for The Metal Gallery. It is made of freshwater pearls, diamonds, and 18K gold. It was commissioned by the Victoria and Albert Museum as one of 4 pieces to represent contemporary art.

This Berlin tiara made of iron was a specialty of German foundries starting in 1804. In 1813, to finance the War of Liberation from Napoleon’s armies, German women donated their gold jewelery in exchange for iron ornaments.  This parure holds cameos of classical themes and is now in the Museum of Fine Arts, Boston. It was made c. 1810. 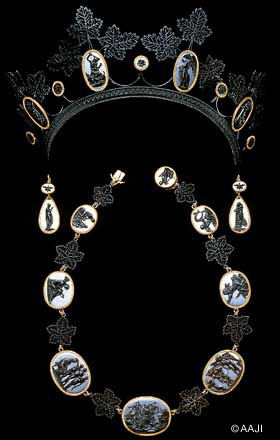 This sterling silver tiara was made by a scientist studying brain waves in Temporal Lobe Epilepsy. He made a tiara cast of one of his siezures in sterling silver. What an amazing thing to do.

I will end this post with the sublime. A complete parure made of rare pink coral, known as “angels skin coral” because of its translucent appearance. It is carved with sea horses, mermaids, dolphins, and shells, attached to a gold framework that sits to make us feel glorious at its existence in the British Museum. It was owned by the De Beaumont family since the 19th century. 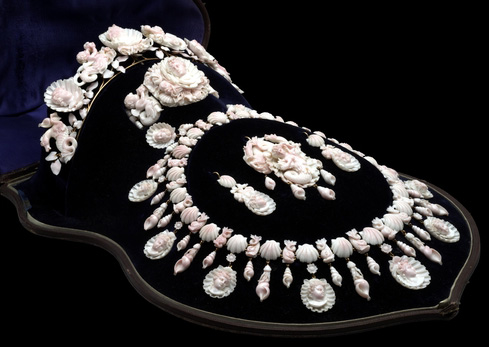 Here is a closeup of the tiara. 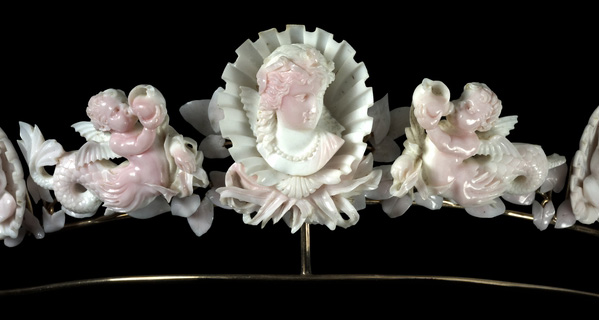 2 thoughts on “Tiaras Made From Unusual Materials”