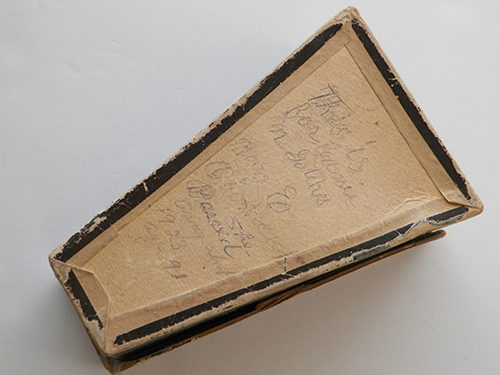 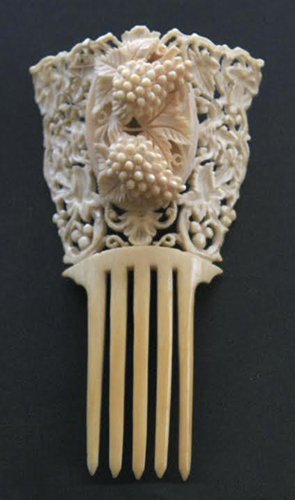 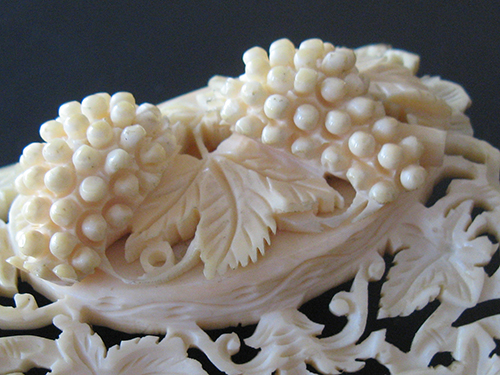 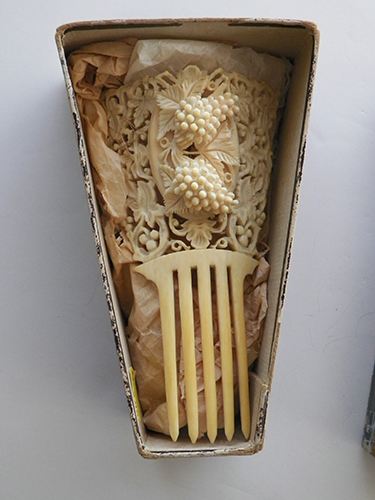 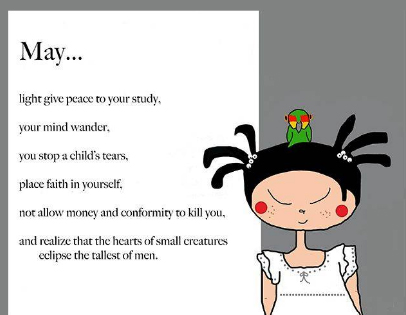 Mortality comes to us all. My art is the fire that illuminates my home, the warmth that protects me from the freezing waters of a refugee-filled sea — but I’ve seen the videos. Is it morally possible to flutter about one’s curiosities, when the cries of infants go silent as men climb the rope of…… END_OF_DOCUMENT_TOKEN_TO_BE_REPLACED

Tiaras have been an essential part of a woman’s wedding dowry since the Middle Ages. As early as the 1850’s, aristocratic women bought sets of diamond sprays and brooches. Delicately set in platinum and looking like embroidery, these pieces came with different fittings such as a tiara frame, hinge for a tortoiseshell comb, or pin…… END_OF_DOCUMENT_TOKEN_TO_BE_REPLACED

Whether the hairstyle was divided into three or more parts, some short, others long; or, the hair was complexly braided at the back, Victorian women adorned their chignons with tortoiseshell combs and pins. On top of the pins were fantastic gold creations of griffins with ruby eyes, silver so delicately woven it looked like lace,…… END_OF_DOCUMENT_TOKEN_TO_BE_REPLACED

Frances has been generous enough to share more of her treasures with us. The photographs were taken by her husband, Terry Wright. This is a Romanov comb, the real thing. Faint now. It is tortoiseshell, with a gold, silver, and pearl heading and the mark of one of Faberge’s most famous designers. The original box,…… END_OF_DOCUMENT_TOKEN_TO_BE_REPLACED

Many women practice their art secretly. Emily Dickinson had fewer than 12 poems published in her lifetime until her sister Lavinia discovered 1800 of them in a locked chest after she died. Jane Austen was first published anonymously. Collecting is also an art. To do it well, you must have an encyclopedic knowledge of the…… END_OF_DOCUMENT_TOKEN_TO_BE_REPLACED

The butterfly, the short-lived ethereal beauty of gardens and countryside, has been a favourite motif adorning hair jewellery for at least the past 250 years and particularly popular through the 19th and early 20th centuries. Its delicate form is found on combs and hairpins from many countries around the world, and even featured on the…… END_OF_DOCUMENT_TOKEN_TO_BE_REPLACED

In 1848, English painter William Holman Hunt founded the Pre-Raphaelite Brotherhood. They rejected what they considered to be the mechanistic approach of Mannerist artists, who came after Michelangelo and Raphael, for a more elegant, intensely colored, and sophisticated style. Mr. Hunt was a regular client of Child & Child (1880-1916), a jewelry firm known for…… END_OF_DOCUMENT_TOKEN_TO_BE_REPLACED

The Bruce Frank Primitive Art Gallery has a beautiful 19th-Century tortoiseshell- and buffalo-horn comb for sale. Price on request. If you don’t have a tribal comb, have no idea of how to buy one correctly, but would like a top-class piece, I have no problem putting my name on a recommendation to buy this one.…… END_OF_DOCUMENT_TOKEN_TO_BE_REPLACED

It’s amazing what different artists can do with the same idea. Boucheron made this curved diamond tiara c. 1910 in London. One could attach it to the blonde tortoiseshell comb fitting with a screwdriver. It sold for 15,600 GBP on December 15, 2005. This diamond-and-pearl tiara hinged to a tortoiseshell comb is unsigned. In the…… END_OF_DOCUMENT_TOKEN_TO_BE_REPLACED