c. 1900, this pearl and diamond tiara was designed with garlands of open-work floral and foliate motifs. Est price: $176,000. The tiara may be detached in five parts and used as a diadem, a smaller tiara or as a pendant on a fine chain. 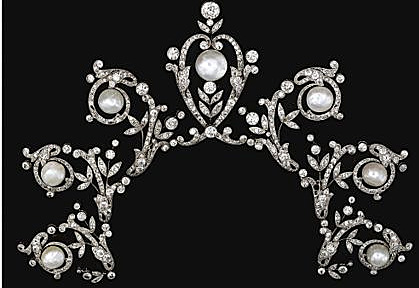 By family tradition this necklace was previously part of a tiara made by Fabergé in the 1860s and later redesigned as a neckalce by Buccellati in the early 1990s. It was owned by Countess Orloff Davidoff is the only daughter of Baron de Staal, late Russian ambassador to England, and was worn at her wedding. c. 1860. The necklace, pictured here, sold for $121,381 on 12 November 2008. 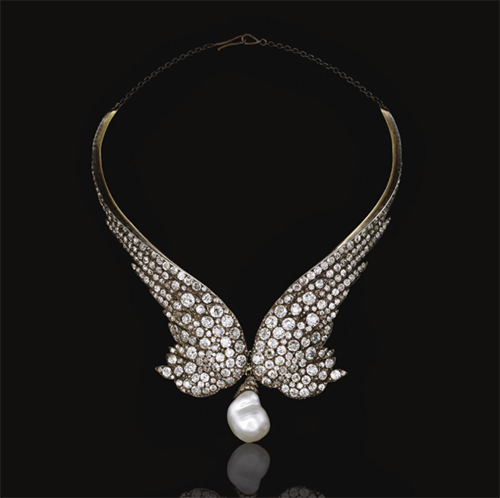