A major figure in the British Arts & Crafts Movement, Joseph Hodel partnered with the Swiss metalworker Louis Weingartner in London. He was also joined the Bromsgrove Guild. Both men supplied the Guild with smaller scale metalwork. In 1908, Hodel left for Liverpool, teaching there until the 1920s. This piece, c. 1906, resides in the Victoria and Albert Museum. 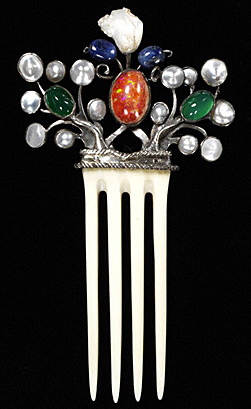