In 1237, Genghis’s grandson Batu-Khan invaded Kievan Rus and burned all its cities to the ground. Ivan III Vasilyevich — the Great (1440-1505) defeated the Mongols and took the land back. He also rebuilt the Kremlin, which was then a fortress of churches and palaces, and established The Grand Duchy of Moscow, becoming the first Tsar. 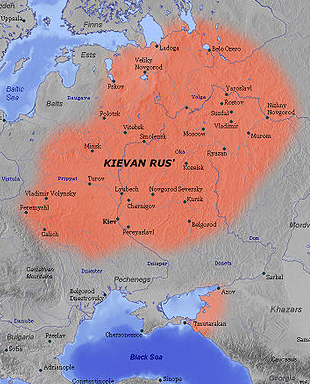 He married Sophia Paleologue in 1472, niece of the last Byzantine Emperor at the suggestion of Pope Paul II. The Pope thought this marriage would allow him to consolidate the Roman and Eastern Orthodox faiths under his authority after Constantinople fell to the Ottoman Turks in 1453.

Forensic reconstruction of Sophia done in 1994 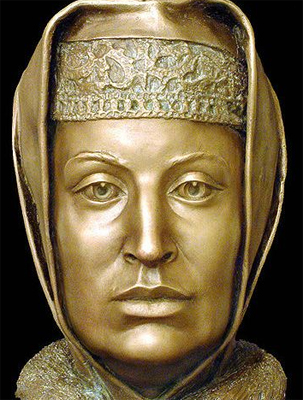 But it didn’t happen. Sophia was shrewd, powerful, and loved her family’s Eastern Orthodox faith. She assimilated the elaborate ceremonies of Byzantine Christianity into Moscow’s court, including the double-headed eagle. A religious symbol in ancient Turkey, Byzantine culture placed a crown in the middle of the eagle’s two heads to symbolize the Emperor’s power over the East and West. 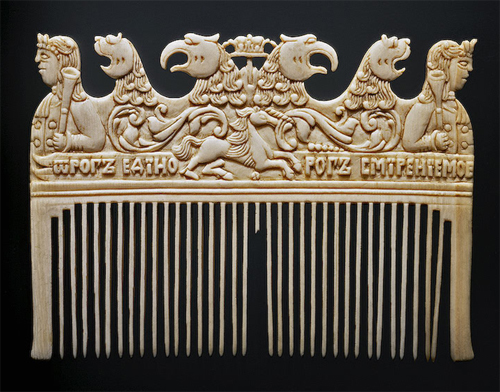 is a Russian ivory liturgical comb, c. 1680. It resides at the Hermitage Museum in St. Petersburg. The text reads “God is one, God is serenity.”

However, I believe the woman on each edge is a left- and right-side profile portrait of the REAL Sophia, not in a burial headdress, but in the tiara she wore while she lived. An oral historian could have described her to the comb’s maker. In the center is her historical legacy: the double-headed eagle with a crown, a national symbol of Russia to this day.

This research was done with the help of Vadim Zaliva.