Yesterday, I saw a movie, “The Warring States.” It centers around a conflict between two generals who fight against each other for the Wei and Qi states. The other states in this period (475 to 221 BC) were Han, Zhao, Qin, Chu, and Yan. The Qin state won, and the Qin Dynasty lasted from 221 BC to 206 BC.

My jaw was on the floor from the hair ornaments for both men and women. I wanted to know if the movie’s spectacular costumes matched the historical record, so I did some research.

The jade pendant this actress is wearing on her hair (left) matches dragons (right), which were found in the Tomb of Marquis Yi of Zeng. He died c. 433 BC. Zeng was a minor state, subordinate to Chu. The jade is bluish yellow, decorated with an even-grain pattern. Fine polish is indicative of how jade was worn in the Warring States Period.

The King of the Qi in the movie wears the headdress of the first emperor of China, Qin Shi Huangdi

, who built the Great Wall and founded the Qin Dynasty. Han emperors also wore it, so that’s not accurate, but it’s ok. What a headdress! 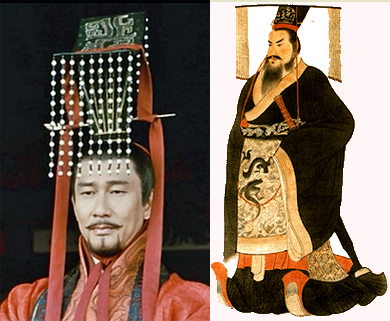 This dragon-shaped piece of jade jewelry was excavated from a Warring States tomb in Lu’an, formerly the State of Lu. 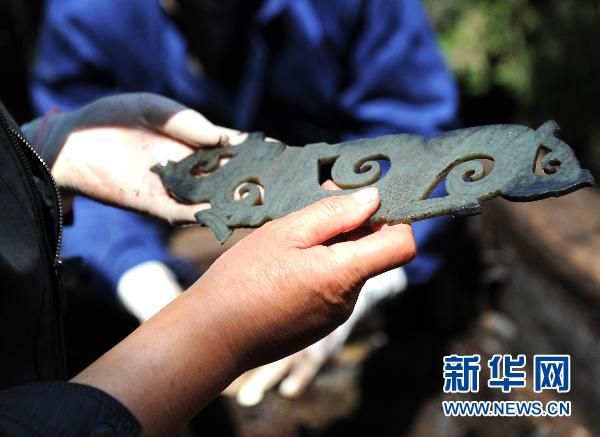 Perhaps it was the model for this phenomenal top-knot jade wedding headdress worn by actress Jing Tian. 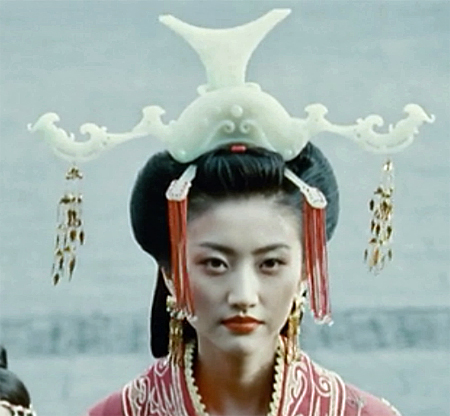 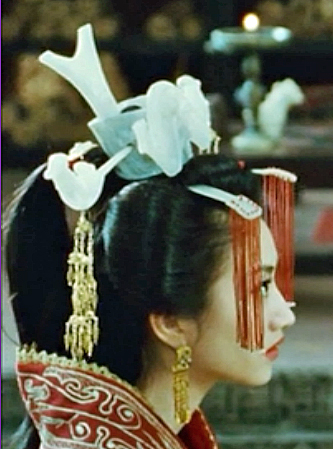 In the Warring States Period, many women wore scorpion-tail shaped hairstyles. The movie has some of the most magnificent examples I have ever seen. I have put my favorite one next to a picture in a book on Chinese costume. 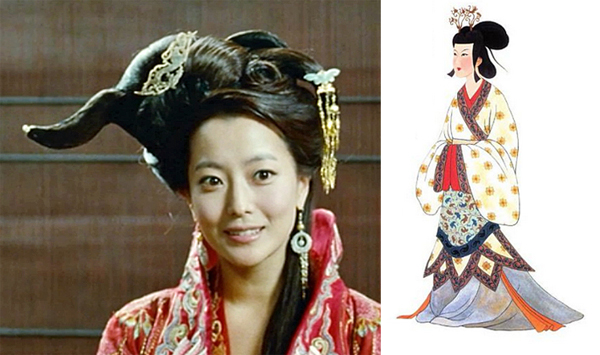 I would say the movie is loosely based on history, including “The Art Of War

,” by Sun Tzu. However, as a hair-ornament and costume show, it is easy to just sit back, eat popcorn, and imagine yourselves wearing all these things. :-)