Posted on December 2, 2013 by kajetanfiedorowicz 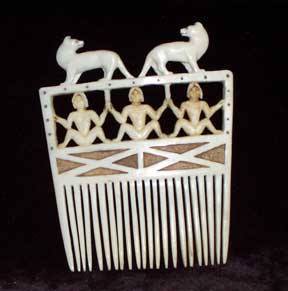 This carved and incised comb depicts two wolves, clan symbol of the Wolf Clan. They stay on the roof of a cosmic longhouse that symbolizes the political structure of the Iroquois Confederacy. Within the longhouse, three human figures squat in a so-called “hocker” position, which many women in traditional societies assume when giving birth. However, these figures most probably represent the two eldest brothers of the Iroquois Confederacy, representing the Seneca, Onondaga and Mohawk nations. 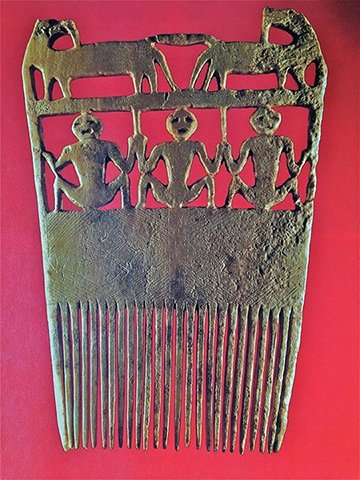 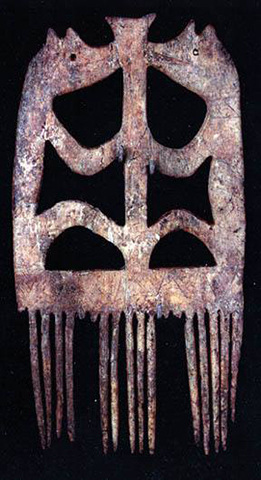 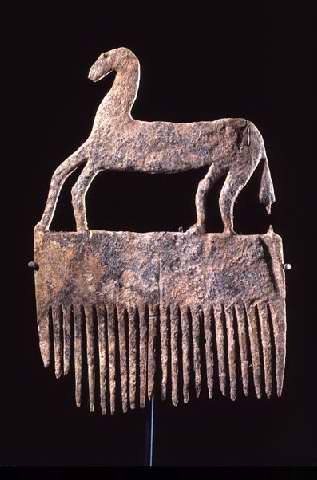 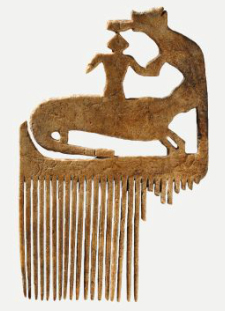 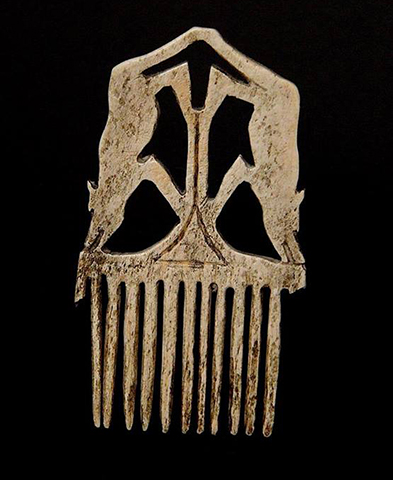 May peace and human kindness be victorious over war.
View all posts by kajetanfiedorowicz →
This entry was posted in American Hair Comb and tagged Jr., Kajetan Fiedorowicz, Seneca Iroquois comb, Stanley Hill. Bookmark the permalink.