Born in 1972, Aron Wiesenfeld had his first solo exhibition at the Timmons Gallery in San Diego in 2007. He paints enigmatic, lonely people in empty spaces, making the viewer imagine an unseen backstory. He writes, “If something is going on behind the surface, people are drawn to it but don’t know why. They’ve connected to something in it. And that is a constant theme through my work, the ability to paint something to suggest something that isn’t shown.”

In “The Crown,” he draws a woman wearing a crown of candles without feeling the flames. Indeed, the smoke gives her a royal height. Do you think she looking inward, or at someone?

Mr. Wiesenfeld says his figures “are refugees, pilgrims, and wanderers, trying to get to the other side of a river that is forever out of reach. I think they are answering a call that is not consciously understandable, but resonates somewhere inside them. It draws them to a place they forgot that they knew about, something like a return to Eden.” 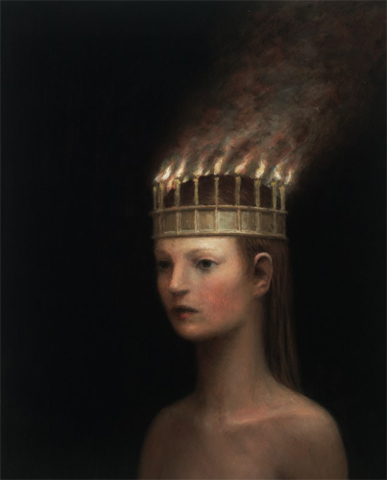 Three months after Tsar Nicholas II fell in the February Revolution of 1917, Alexander Yakovlev left Petrograd for Peking. The Academy of Arts funded his two-year stay in China, Mongolia, and Japan. He returned with “Opera of Peking,” one of his greatest works.

Having already painted Michael Fokine and Anna Pavlova, he wrote, “In Peking, I was drawn to Chinese theatre, the sole remaining vestige of its ancient culture. … One feels that the actor is guided by a geometrical formula. The principal lines of the square are very distinct. The horizontals and verticals are opposed to the diagonals.”

Two of his vertical objects included the women’s headpieces.

Signed in Latin and dated 1918, “Opera in Peking” portrays regal, beautiful singers standing still, poised in sublime calmness. It sold for $1.3 million and change at Sotheby’s on June 7th. 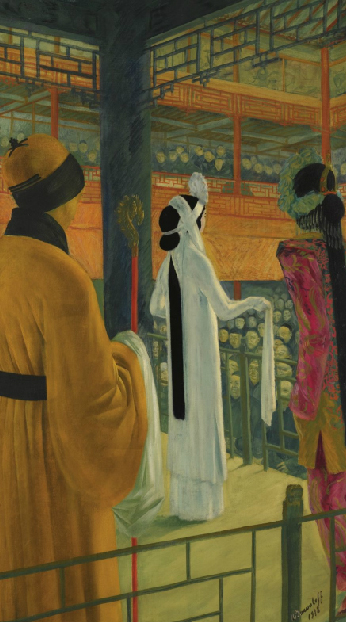 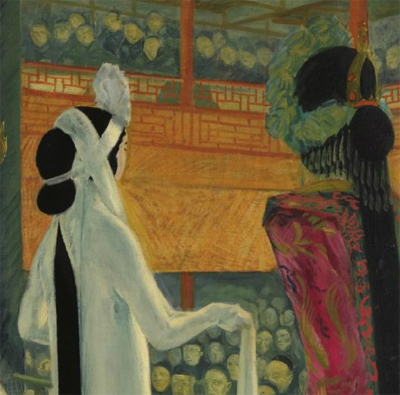 Here is a photograph of the Peking Opera in 1932, which gives us the privilege of seeing what Yakovlev remembered when he put brush to canvas. 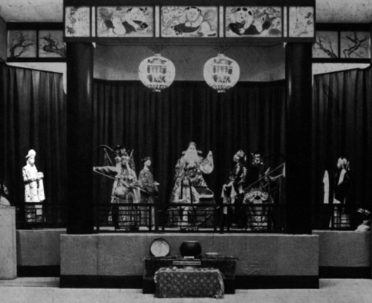 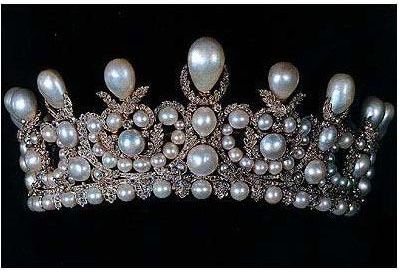 Napoleon had jeweler Alexandre-Gabriel Lemonnier (circa 1808-1884) make this piece c. 1850. In the Louis XVI style, a filigree silver-gilt mount is over crusted with 1998 small diamonds. They surround much larger pearls, and give them absolute priority. The largest drop-shaped pearl in the top-most position is believed to be the “Perle Napoleon”

Here is Empress Eugenie wearing it. 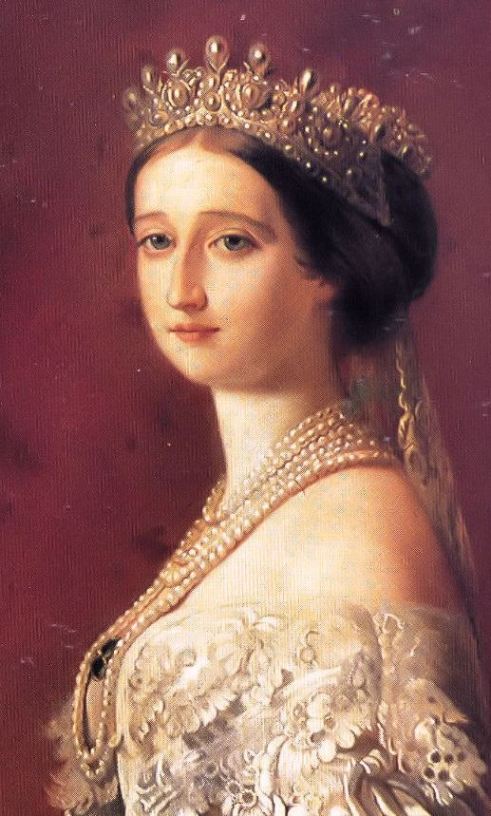 William Bouguereau, 1825-1905, loved to paint portaits of young French peasant girls, in the hope that he could raise their humble status to become icons. When he painted this at the turn of the century, industry was threatening the agrarian way of life. In this picture a young girl brushes her long wind-blown brown hair away from her mona-lisa eyes in a bit of a guilty look because her other hand hides a pilfered pear. However humble, Bouguereau gives his model monumental stature. I loved her hair, I could look at her eyes forever. The painter elevates the feelings of a simple girl to the universal feelings of us all. This painting will sell at Sothebys on Oct 23 for an estimated $900,000 to $1,200,000. I wonder what kind of a life she had. 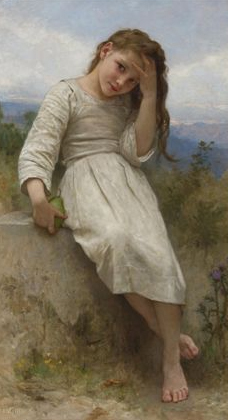 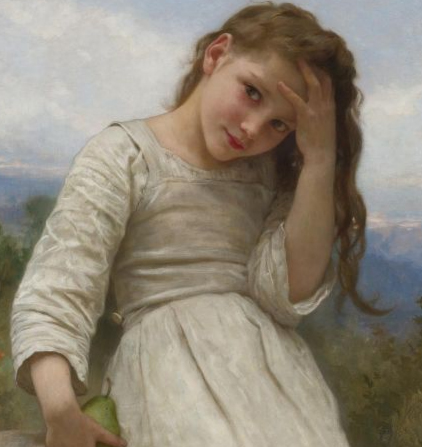 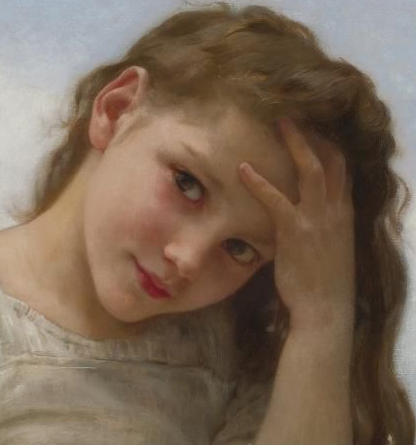