I saw it listed at $9.99, 6 days to go. It was a drop-dead gorgeous real shell kanzashi with coral. I thought it was real, anyway. My eyes popped out of my head. I emailed two of my friend collectors. “Are you going for this?” “Do you think it’s real?” The coral is too pink, but it looks real. All of us thought it was real, so I put a large snipe bid on it.

I thought to myself, I could write to this person, ask them to end the auction, play games, but I just am not in that space anymore. The grab, the manipulation of someone who doesn’t know as much as you, the seduction to get the coveted item at a low price.

The whole dance makes me vomit. I couldn’t do it, but I saw this seller’s vulnerability. I mean she was the kind of n00b, who lists a priceless piece and then makes sure people know they don’t get the pillow it’s pictured on as a part of the auction. I am going to value this at around $700. A similar pair of shell kanzashi went for $890 on Trocadero, recently. Comments welcome if you disagree.

In addition to listing it at $9.99 with no reserve, this seller stated she didn’t know what she was doing, that her father left this to her, which means he gave it to her with love, which means it’s real, which means… The (0) next to her name told us it was the first time she was listing on ebay. She was bait for the vultures. I put a snipe bid on it that reflected what I thought was its real value and said nothing.

One day before auction end, the item was gone. Someone wrote to her and convinced her to sell them the item off ebay. I don’t know what they said. I don’t know what kind of value she got. I hope she wasn’t a meal for some dealer, and we don’t see this piece on someone’s site going for full value in the near future. If we do, then I guess we’ll know who the vulture was.

And then the question for all collectors becomes, you either win the game or you don’t. You either get the coveted piece or you don’t. Do you want to do what it takes to win? What will it do to you as a human being? It’s not in me anymore. So ah well, the one that got away. 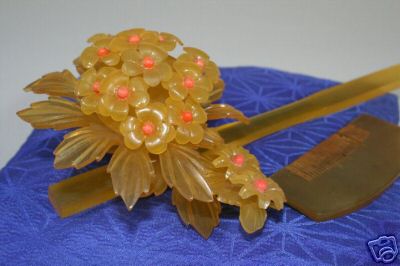 2 thoughts on “The One That Got Away”