The British Museum, where this comb resides, thinks that because it is made of rare elephant ivory, it must have been used in a religious ceremony consecrating a Bishop. The comb dates back to the 11th Century AD and was found in Wales. It is carved on both sides, but the inscription cannot be deciphered. The siginificance of the figures is also not known, although one is armed, and one takes a submissive position. During the 12th Century, religious combs were made of walrus tusk. That this is elephant ivory makes this extremely rare. In fact, no other piece of ivory is known to have survived from this period in Britain. 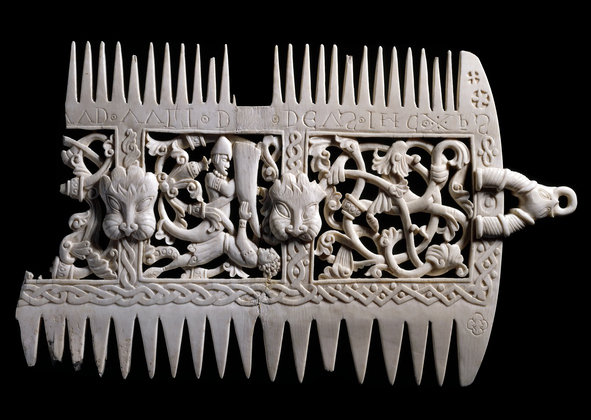