Whether the artist used rosewood, tortoiseshell, or blackwood, combs shaped like a rainbow became known as Gen’nai Gushi. In the 1700’s, two combs weren’t enough. A woman had to wear three. Kogai sticks became bigger because women wrapped their hair around it to make a chignon.

From 1711 – 1716, the Shotoku era of the Edo period, women began to wear both combs and kogai sticks. Sets were made.

From 1716 – 1736, the early Kyoho era, kogai started out wide, thin, and short, but by the end became long and straight. They were replaced by kanzashi for pure ornamental decoration.

Here are a few examples of kogai sticks from the Edo and Meiji periods so you can see how the shapes developed. 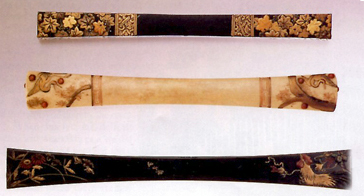 The first kogai stick, made of metal, is Edo. The others are Meiji. 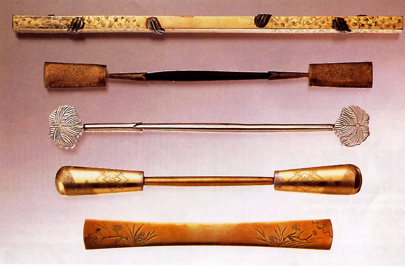 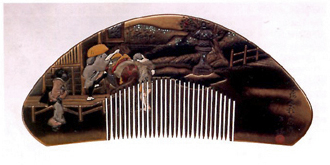 A Edo Era tortoiseshell kushi and kogai set with a peony design. 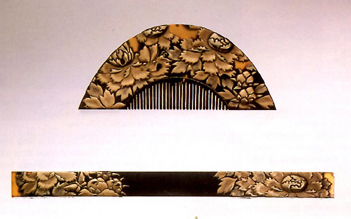 A Meiji set with a mother-of-pearl moon, flowing water, and maki-e autumn leaves. 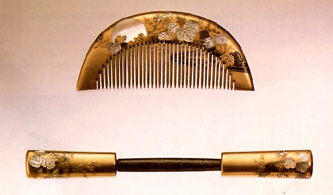