I have never seen a real tortoiseshell Japanese wedding set for sale. This one is not only the real thing, it comes in its original box, which has a family crest of three ivy leaves. This symbol was used on samurai flags and became popular after the 8th shogun of the Tokugawa family, who ruled the Edo era. Their trade policies isolated Japan and its art from the world. Earlier Tokugawa family crests used maple leaves. I am sure the price on this is high, but if you can afford it, I’d call this a buy. In this post I am including another hair comb with the maple-leaf logo of the Shogunate, which also sold on Trocadero. 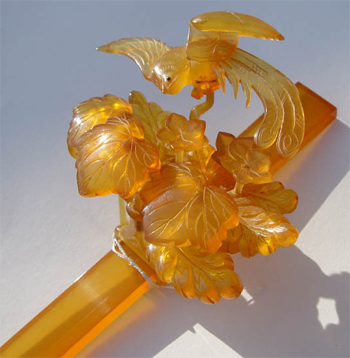 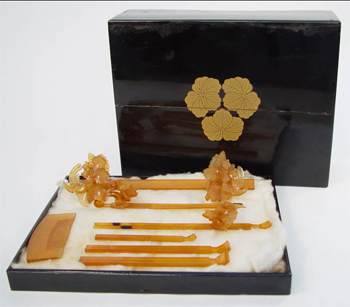 To compare the logo on the box to the family crest on a hair comb: 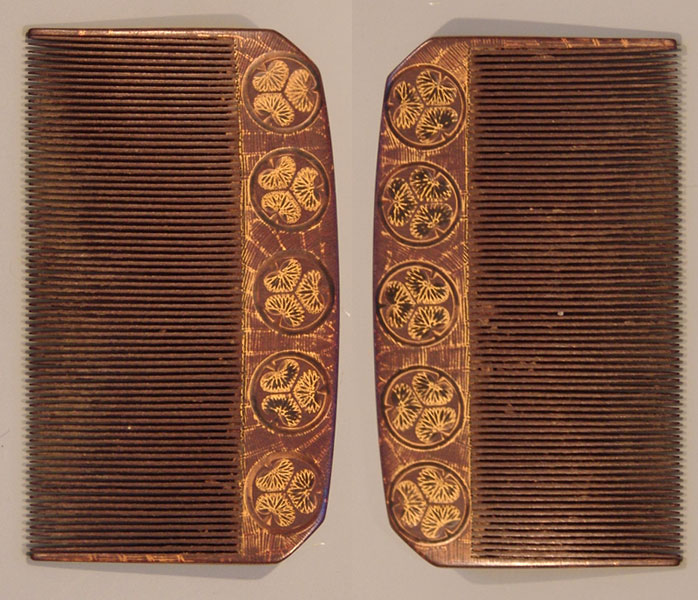