In 356 BC, King Philip II of Macedon had a son, Alexander. Aristotle tutored the boy until he was 16. After his father was assassinated, Alexander inherited the throne. 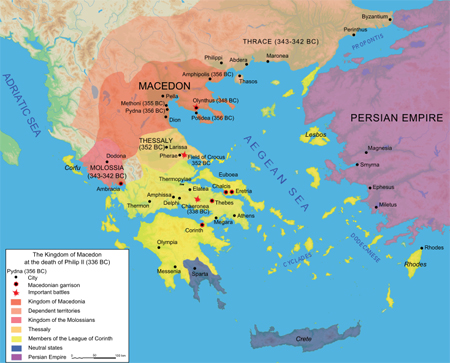 By 334 BC, Alexander the Great had created one of the largest empires of the ancient world. His most notable victory came when he defeated Darius III and conquered the Persian Empire. This allowed Hellenistic culture to spread east and remain influential, even 1800 years later in the 15th Century Byzantine Empire. Though Alexander died before he could invade Arabia, Alexandria, Egypt, was still created in his name. 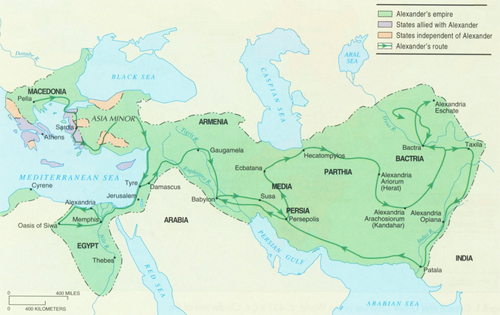 After his death at 33, Alexander the Great’s generals, called Diadochi, waged civil wars that broke apart his massive empire into several smaller ones. To express their newly won status as rulers, they wore white silk-embroidered ribbons ending in a Herakles knot, called “διάδημα,” or diadema. The word comes from the verb, diadeo, which means, “I bind round” or “I fasten.” These bands were quickly thereafter made from gold.

From ancient Bactria, this coin features Diodotus Soter wearing a white-ribbon diadem. He was a governor of Bactria (c. 250 BC) under Seleucid, one of Alexander’s generals. In ancient times, Bactria was a far-eastern part of the Persian Empire, not part of Afghanistan. 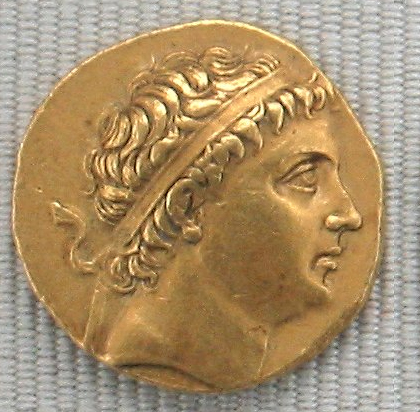 The treasures of Demetrias, the Ancient Greek city in Magnesia, near modern-day Volos, yielded this magnificent diadem with tendrils and a Herakles knot with Eros, c. 325-300 BC. It resides in the National Archaeological Museum of Athens. 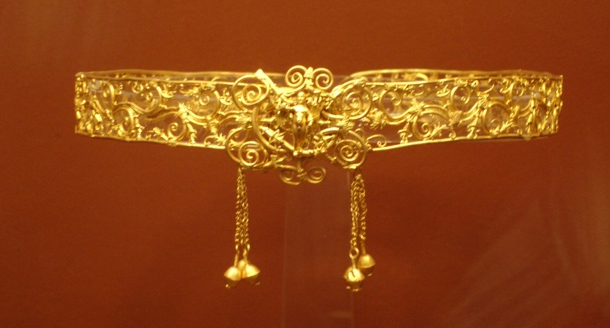 Sotheby’s sold this mid-4th-Century-BC gold-band diadem, decorated with rosettes and beaded filigree. Smaller rosettes and lotuses can be seen above and below the main ornamentation. The diadem is listed in Greek Art, a Commemorative Catalogue of an Exhibition held in 1946 at the Royal Academy Burlington House London 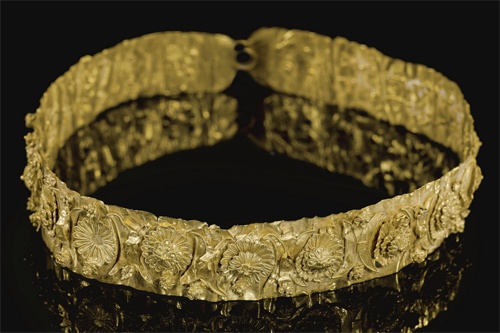 Last, from Alexandria, Egypt comes this noble-woman’s diadem with tendrils and a Herakles knot clasp. Date: c. 200 – 100 BC. It was made during the Ptolemaic Dynasty, which was started by Ptolemy Soter, another one of Alexander’s generals. He declared himself Pharaoh to appeal to Egyptian natives.The Dynasty ended with the death of Cleopatra and the Roman Conquest in 30 BC . 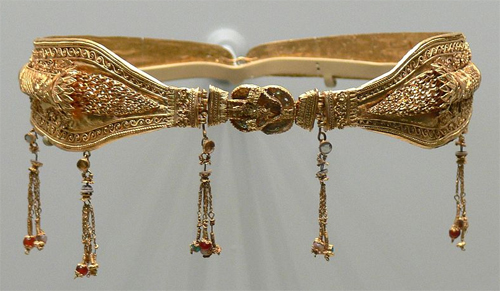 For more scholarly research, please examine these books, which have been added to our Resource Library.