The Bruce Frank Primitive Art Gallery has a beautiful 19th-Century tortoiseshell- and buffalo-horn comb for sale. Price on request. If you don’t have a tribal comb, have no idea of how to buy one correctly, but would like a top-class piece, I have no problem putting my name on a recommendation to buy this one.

The gallery’s description: “This gorgeous comb from the lesser Sunda islands is carved from two different mediums, turtle shell and buffalo horn and is pinned together with old bronze or brass pegs. The top of the comb made from turtle shell is beautifully decorated with heart shaped faces and archaic open form iconography that has been influenced by the ancient Dong-Son culture. The bottom portion created from buffalo horn elegantly fans out with six intact tines. The natural variation of colors in these unique mediums over time have become enhanced through excessive handling. There is a slight loss to the right tip but in otherwise excellent condition for its age.” 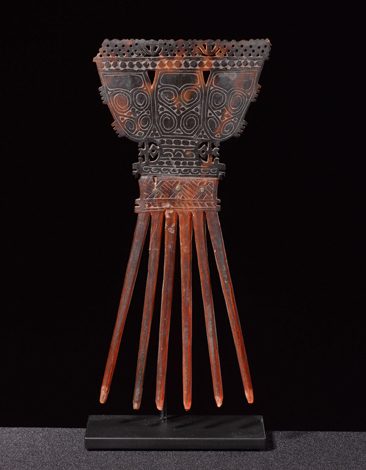 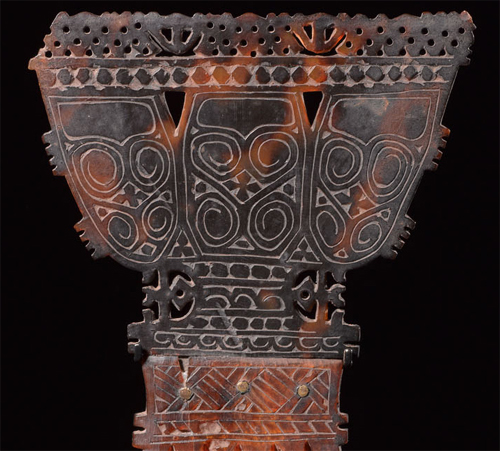 Meanwhile at Sotheby’s, a tortoiseshell parure from 19th-Century England sold for $46,875 on Dec. 8, 2011. The whole set featured cameos of Greek figures and was probably made during the Greek Revival period in Victorian England, c. 1860-1880. Interest in Greek and Etruscan antiquities soared as archaeological discoveries were made, and an architectural trend quickly spread into jewelry. You can see a ribboned diadem on the central cameo figure of the comb, which was reminiscent of Alexander the Great’s generals. 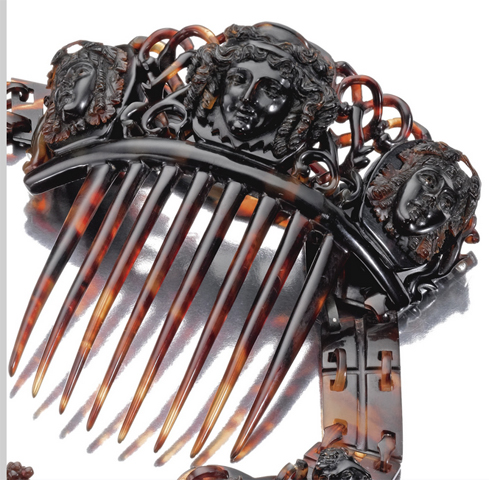 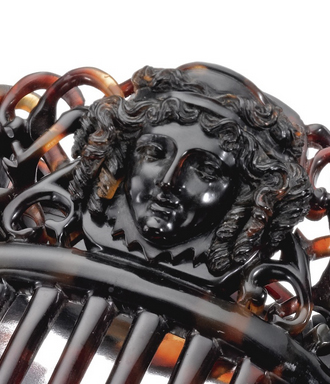 And from The Creative Museum comes this beautiful tortoiseshell cameo comb: 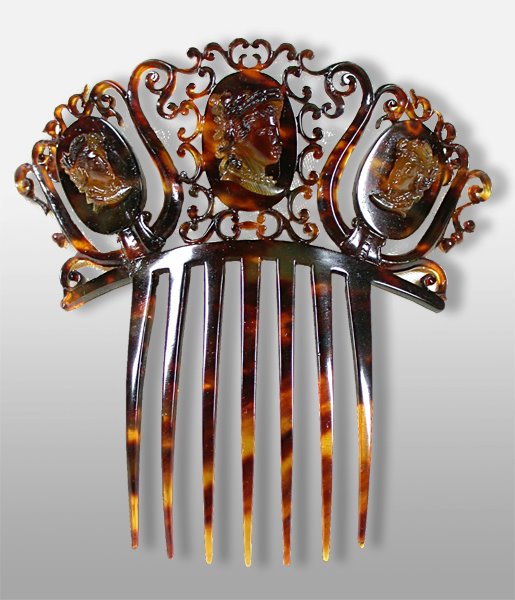