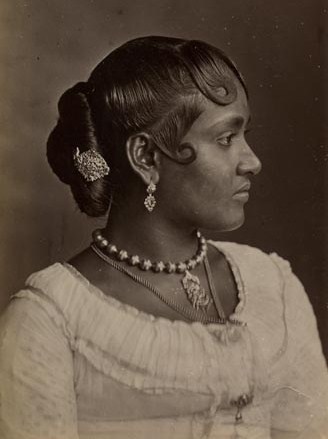 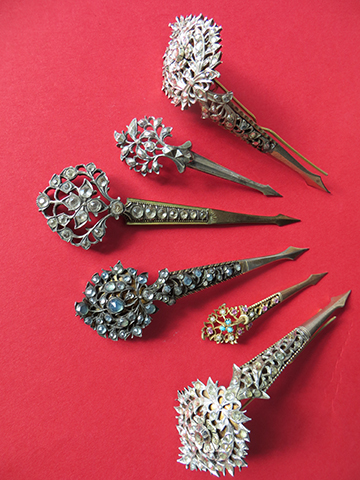 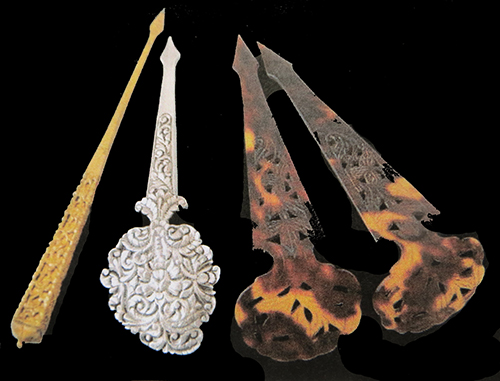 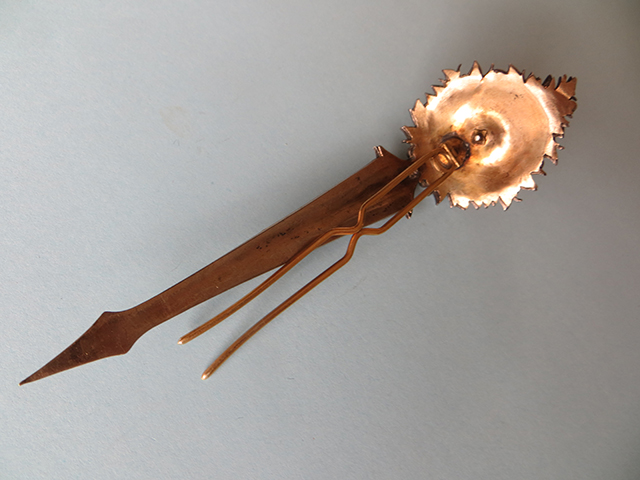 In an “Around the World in 80 Comb” exhibition, author Jen Cruse shares her collection with the Creative Museum. Her presentation enunciates the stunning diversity of comb design across the world and across time. My favorite is this Chinese ivory comb, which depicts Shou Xing, the Chinese God of Longevity. He is part of the…

In 1920, the English company of Jarrett, Rainsford & Laughton Ltd resulted from a merger of two smaller companies, each manufacturing items of inexpensive jewellery and haberdashery goods. However, Stratton Ltd was already owned by Laughtons at the time of the merger and the new company retained the Stratton name for their Fancy Metal Department….

Garnets are semi-precious gemstones of the silicate (quartz) group of minerals, found in metamorphic rock in a variety of colours. They have been known since the Bronze Age not only as gemstones but also for their abrasive qualities. The gemstone variety has a rich transparent lustre while opaque garnets are used to this day as…

The comb in the photograph, a celluloid low back comb (simulating tortoiseshell), was bought in an Antique shop in Quebec City in 1995 for C$50 (£30). The decorative band along the heading, fixed to the comb by three rivets, comprises two clockwise pointing swastikas set with clear paste-stones, placed between three flower and leaf motifs…

By Jen Cruse: The answer is, obviously sometimes! This delightful small handbag (purse) cased comb dates from the 1920-30s, a popular accessory for smart ladies of the Art Deco period. The case and comb are made from an opaque cream celluloid and the case is embellished with a small lizard and even smaller ant, both…

By Jen Cruse: The fleur-de-lys (often spelt “lis”) motif is frequently encountered on ornamental haircombs, either as part of the overall decorative heading or as an applied embellishment. It is said to represent three central petals of the lily, a flowering plant of the genus iris. The initial conclusion may be that combs depicting this…