There have been some really interesting, unusual combs that sold recently. Here is a small sample.

This reproduction of an ancient Indian comb worn by a queen might belong culturally to the Sikh sect of Hinduism, which had a Kanga, a small-toothed comb worn in the hair. This plot depicts Lord Krishna and his beloved Rahda, erotically posed, as girls dance around him. The dance, or sport, is called Raas Leela, where the birth of the Shri Krishna is celebrated by gopis, or devotees who forget all worldly thoughts in place of love for him. It sold for only $32. 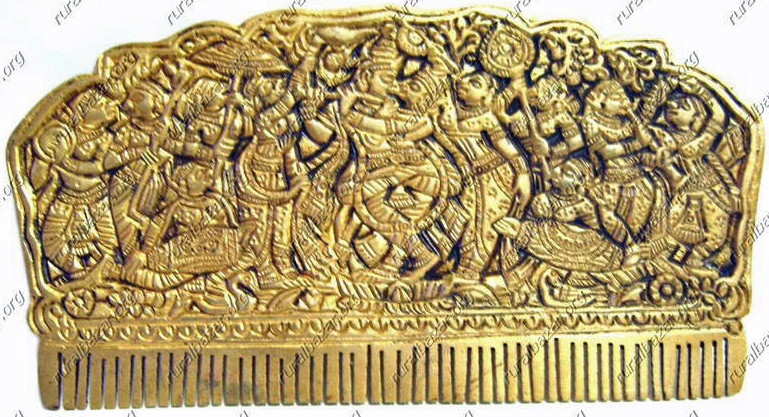 The next two things that caught my eye were two silver kanzashis because their designs were so beautifully balanced with flowers, birds, and ideas. These sold for $132.50 and $86 in September. 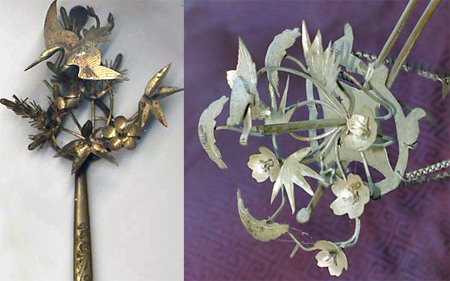 Third today, is a beautiful Edo kogai stick, with gold maki-e decorations on the ends. But there is a three-dimensional perspective in the way the houses are set amongst the trees, lakes, and flowers in a rural Japanese villiage. It sold for only $31 on Sept. 28. 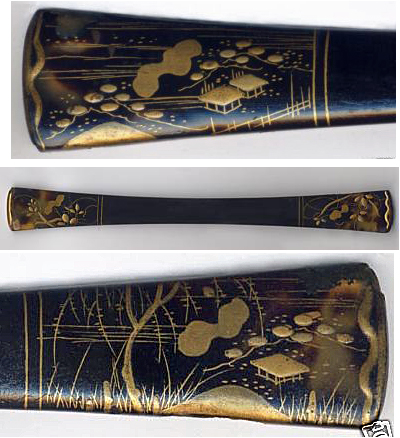 Now, we’ll go to France, for two celluloid combs decorated with two tones of aluminium, a very valuable material at its time of discovery. They sold for $162. 50 on Oct. 2. 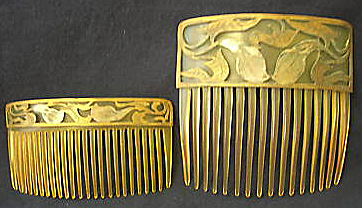 Last is a dark tortoiseshell Victorian pique comb with a raised piece that contains a greek key pattern bookmarked by two stars. I wonder if the pique is machine or hand done. The condition was perfect, but the seller wanted $530 for it, and it did not sell. 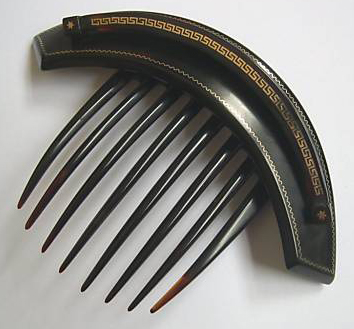