Art Nouveau’s main ingredients were the Symbolists, who believed that art should reflect the truth indirectly as if in a dream; the flat perspective and strong colors of Japanese wood block prints; and Japanese organic forms and representations of nature.

Out came the curvilinear forms of Art Nouveau, which lasted only 20 years (1890-1910). In different countries, the movement had different names. Jugendstil in Germany, Stile Liberty in Italy, Arte Joven in Spain, and Modernisme in Catalonia.

The pioneer of Modernisme in Catalonia was Lluís Masriera. 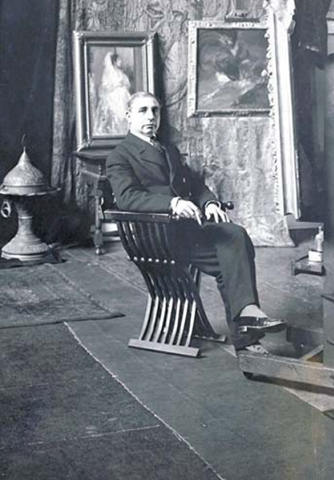 In Geneva, he studied enamelwork with Frank-Édouard Lossier. On his second visit to Paris in 1900, he attended the Exposition Universelle and saw the jewels of Lalique. Lalique’s technical skills in plique-à-jour and basse-taille enameling, and the way his jewelry integrated engineering and design into a Symbolist idea, were an epiphany for Masriera. 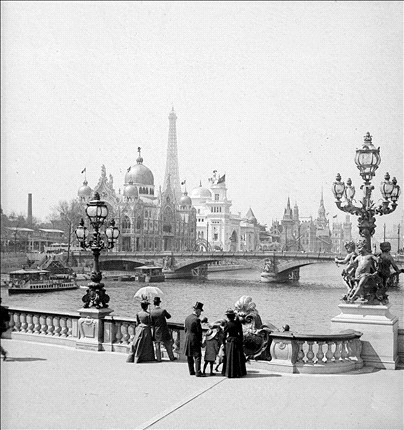 Upon returning to Barcelona, he closed his shop, melted down all his stock, and started again. Opening a week before Christmas in 1901, the designs at Masriera Hermanos, 35 Carrer de Ferran, were ready. The shelves were empty within a week. Masriera became world famous. 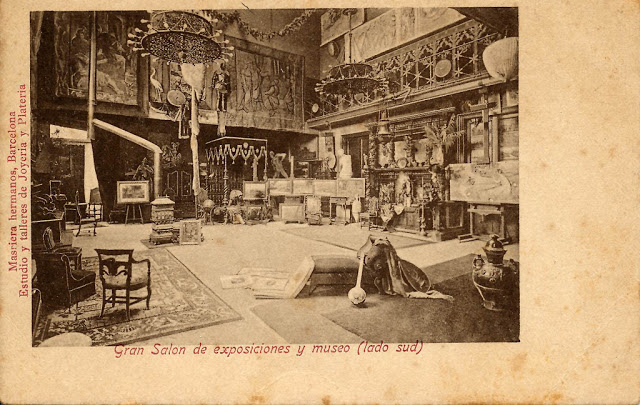 He was even commissioned to make a tiara for Queen Victoria Eugenia of Spain in 1906 as a wedding gift from the people of Catalonia. 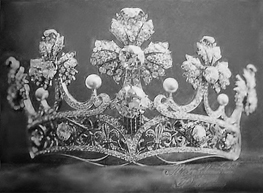 It is called the tiara desaparecido, as no one knows where it is. The tiara was made of diamonds and pearls in a gold frame with multi-color plique-a-jour enamel. On the bottom are two fleurs-de-lys, symbolizing the House of Bourbon. Continuing the heraldic theme, a horse forcené is placed next to each fleur on the band. Between the band and the tiara’s top gallery is the flag of Catalonia.

Two Masriera hair comb masterpieces from 1902 are this blonde tortoiseshell, diamond, enamel and gold hair comb, with trees in cast and chased gold, set in an enamelled landscape, 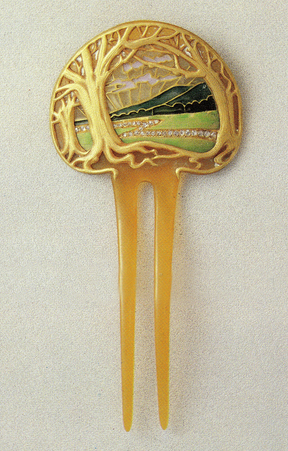 and this comb at the Schmuckmuseum in Pforzheim, which also depicts a landscape scene. It is made of gold, tortoiseshell, diamonds, sapphires, and enamel. 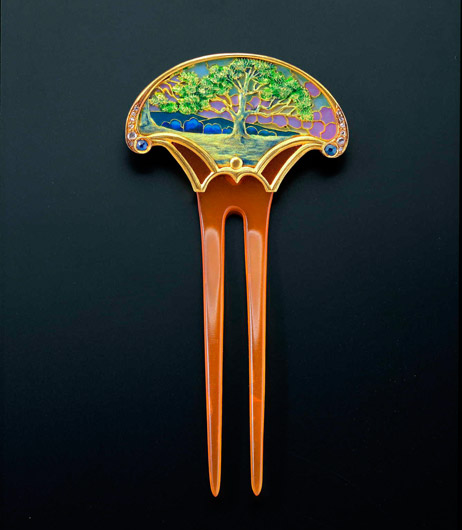 Another comb from this period was shown at the Van Gogh Museum’s “Barcelona 1900” exhibit in Amsterdam, which ran from September 2007 to January 2008. 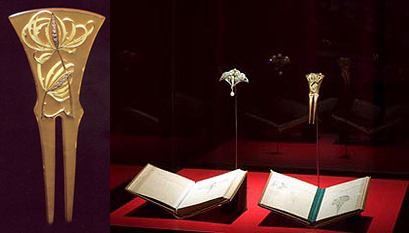 This pair of blonde tortoiseshell hair pins with sculpted gold and diamond decoration were attributed to Masriera, c. 1902. They sold for €1,500 in Barcelona, 2012. 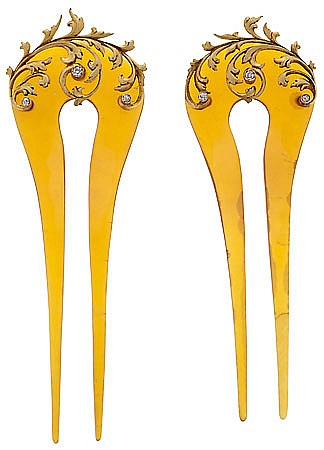 Lluís Masriera made only two tiaras. In this one, c. 1901-1910, he used yellow gold and platinum, set with 513 old-cut diamond brilliants, which had an approximate total weight of 12,5 carats. The wings of the birds were decorated with plique-à-jour enamel and set with two important diamonds of approximately 1.20 carats each. The piece is in the possession of Aardewerk jewelers, with certificate of authenticity by Bagués-Masriera, and registered in the workshops book no 2 and under reference nr 1336. 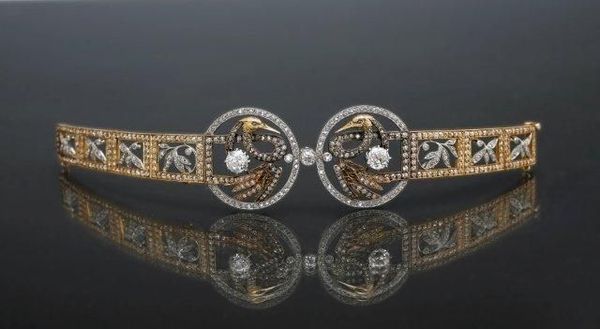 For more scholarly research, please examine our Resource Library, this rare book, and these items:

By The Creative Museum. The English translation may be found in the first comment. 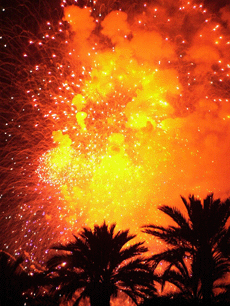 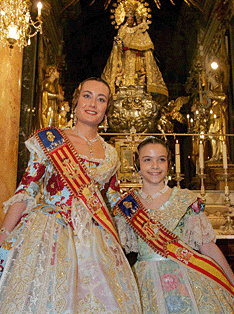 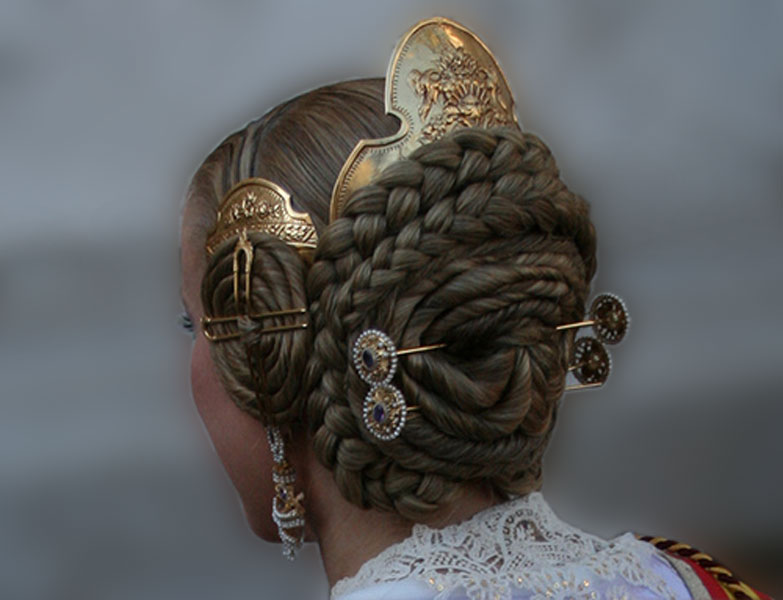 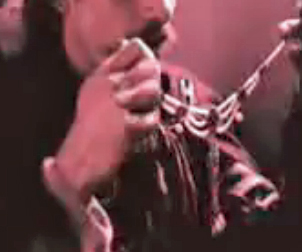 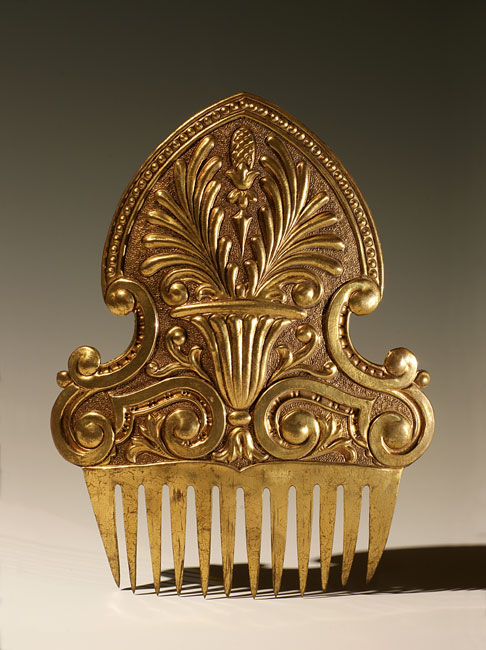 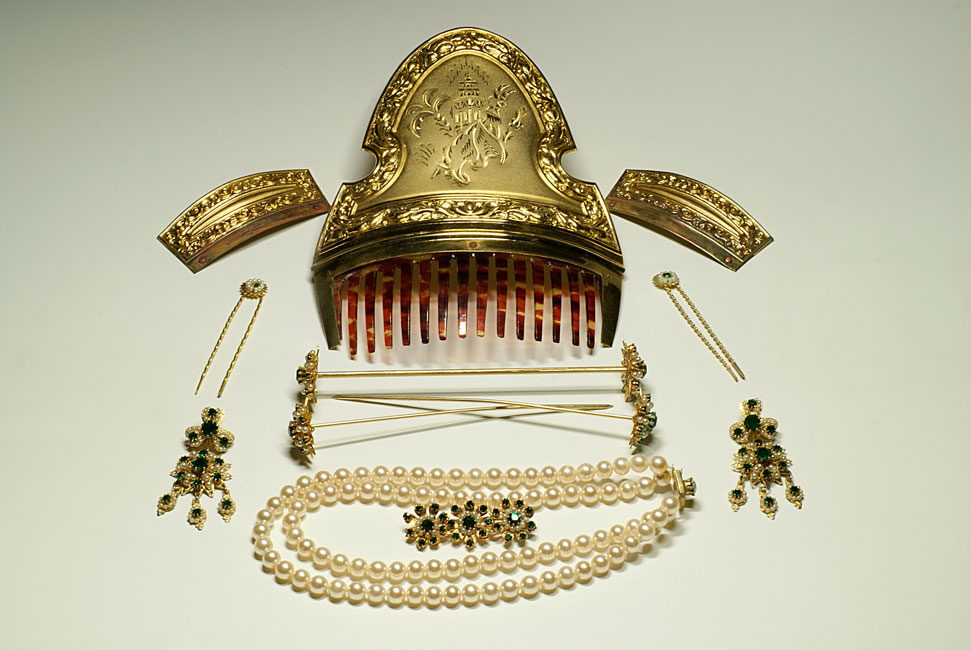 The teeth are missing on the two small combs

This Spanish instruction document lists each item of a fallera costume. Depending on the fabric of the dress, silk being the most expensive, the complete outfit can cost from 2,000 to 10,000 euros. 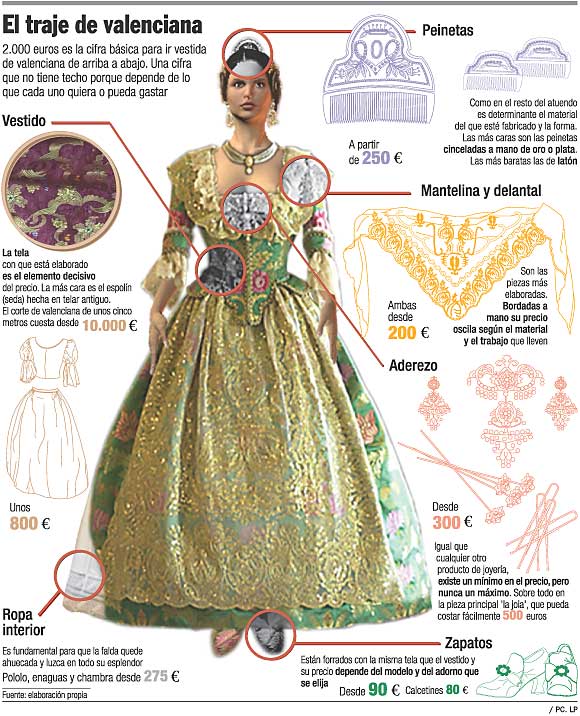 (Para este tema, The Creative Museum escribe en español. An English translation can be found in the first comment.) 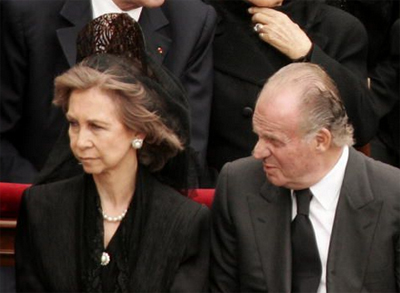 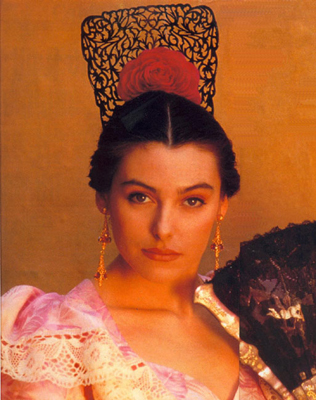 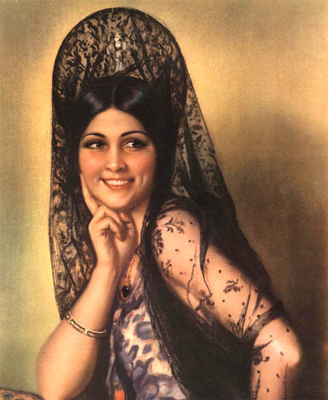 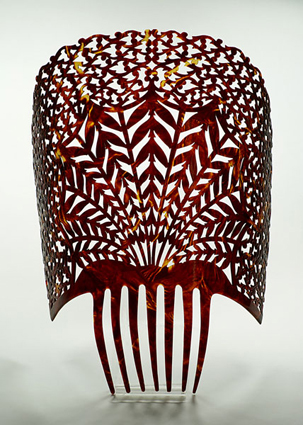 For more scholarly research, please examine the publications of The Creative Museum and this book on the peinetas of Argentina, which can be found in our Resource Library. You can also buy a white peineta and mantilla to celebrate the Spanish style.

Here is an openwork ivory comb they identified as being from the Nasrid dynasty of 15th-Century Spain. Its handle of openwork designs resides in the center and supports a row of thicker teeth on the top and finer ones on the bottom. The sides have crescent designs. The auction house estimated its value between the $20,000 to $30,000 range. Sotheby’s sale date: October 5, 2011.

However, from the research of our scholar Kajetan Fiedorowicz, the comb is Spanish, but not from the 15th Century. At best it is from the mid-18th Century, which would make the price estimate incorrect. $1000 would be a better estimate. 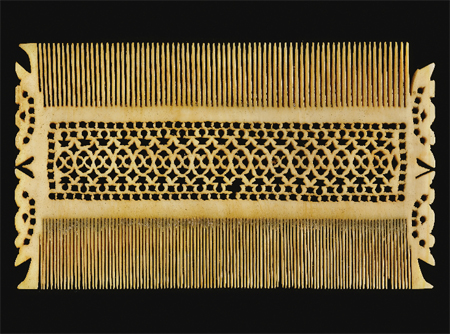 Why would a comb from the Nasrid dynasty of 15th Century Spain be so valuable? Because it was a time when Christians, Muslims, and Jews lived and thrived in peace.

The Moors conquered Spain when Almohad Caliphate was defeated in 1212 at the Battle of Las Navas de Tolosa. Muslim rulers founded the Nasrid dynasty in Granada in 1232. Twenty-three emirs ruled until 1492, when Muhammad XII surrendered to Queen Isabella of Castille and León and Ferdinand of Aragon. That same year Tomás de Torquemada was given the title of First Inquisitor General and convinced Ferdinand to expel the Jews.