Between 1438-1740, the Pope chose all his Holy Roman Emperors from the Hapsburg Empire, which encompassed Austria, Spain, and Italy. To oppose them, the Ottoman Empire made a military alliance with France, England, and the Dutch. The conquest of Nice in 1543 was accomplished through a partnership between King Francis I and Sultan Suleiman I, the Magnificent. It took Nice away from the Holy Roman Emperor Charles V. Francis and Suleiman also took Corsica in 1553, the Hapsburg Empire’s most important communication port.

Ottoman Emperors wore egret feathers and jewels on their turbans. The French took this idea from them, and the aigrette was first a decoration for men, either of royal birth or of high rank in the French army. 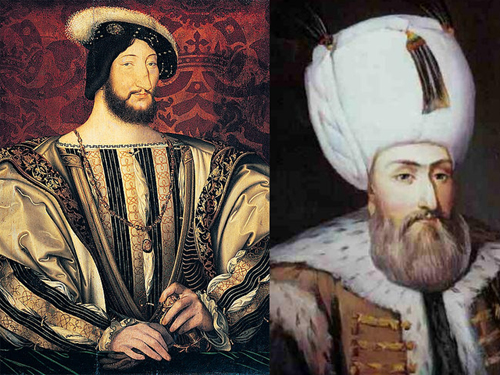 By the 1700’s aigrettes were worn by both men and women. This is Empress Catherine of Russia in 1711. 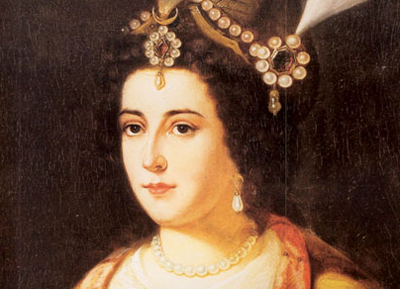 This is the turban-crown of Sir Jang Bahadur, the Nepalese prime minister from 1856-1877. The headdress, with aigrette, symbolized the bond between religious and secular leadership on the Indian sub-continent. 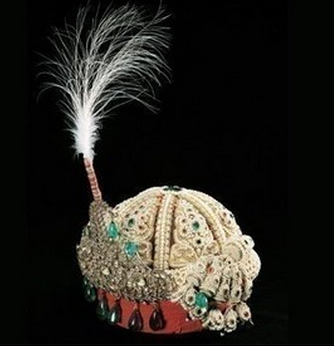 These are amulets of a mughal and his princess, provided by our author Gina Hellweger: 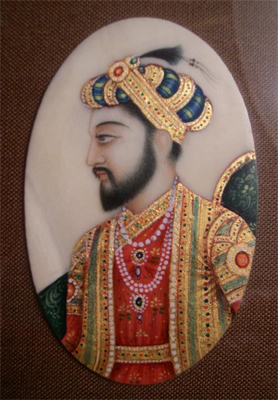 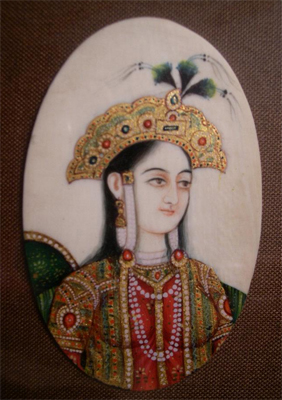 In the Belle Epoque, c. 1913, aigrette tiaras became the rage in women’s fashion. They came in wing shapes for the opera, and egret feathers were expressed either in jewels or attached to magnificent diamond tiaras. In these two stunning examples, Cartier made this male Islamic royal status symbol 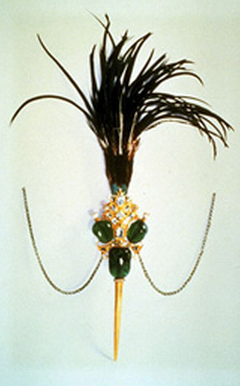 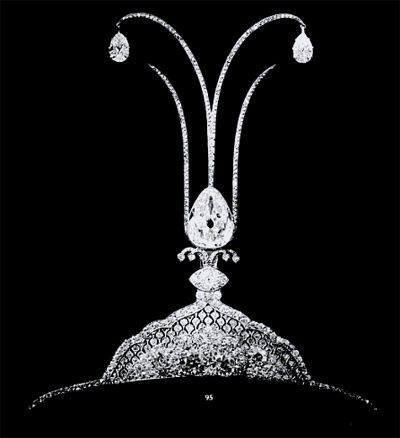 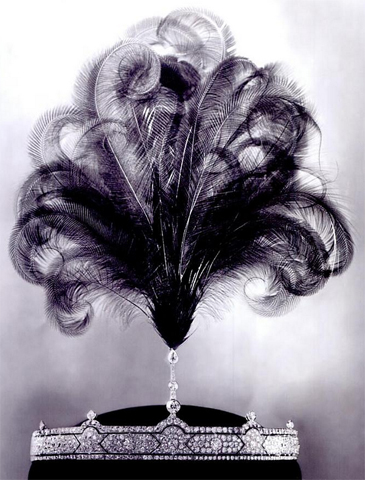 There is a Belle Epoque aigrette tiara on sale for $4400 at The Three Graces. It is made of topazes and diamonds. I like it.

The first is this Victorian ivory comb with carved lilies of the valley in a swirl pattern that meets in the middle. There is a slight chip at the back, which does not detract from its value. The comb is English, c. 1850, a beautiful piece. I’ll post the final price at the end of…… END_OF_DOCUMENT_TOKEN_TO_BE_REPLACED

The process of producing rolled gold, invented in Birmingham in 1785 by a London manufacturer, was known as gold plating until the 1840s, when electro-gilding methods were introduced. Rolled gold is produced by fusing a thin layer of gold alloy over a base metal, or more often, over a brass or copper alloy. It is…… END_OF_DOCUMENT_TOKEN_TO_BE_REPLACED

Multimedia exhibitions on comb scholarship are the hallmark of the Creative Museum. “The Riches of the French Empire” shows us how fashion expressed the tragedy of revolution, themes of antiquity brought back a refined aesthetic, Napoleon recognized a business opportunity, and how men put women in charge of exhibiting their wealth. The comb was an…… END_OF_DOCUMENT_TOKEN_TO_BE_REPLACED

Lucien Gaillard (1861-1942) was a contemporary of René Lalique and achieved equal fame c. 1900, as Art Nouveau and Japonisme swept Paris. However, unlike Lalique, Gaillard’s animals and insects were proportioned exactly. He did not elongate parts of his animals to express Symbolist philosophy. In his famous “Bluebird” comb, he observed the arch of birds’…… END_OF_DOCUMENT_TOKEN_TO_BE_REPLACED

Power goes to it. It won’t turn on. Shop Monday. When it’s fixed, the pictures will show again. SORRY!… END_OF_DOCUMENT_TOKEN_TO_BE_REPLACED

First up today is a 19th Century Portuguese tiara made of gold metal, sapphires, and baroque pearls, c. 1840. It sold for $1100. We continue with a French blonde tortoiseshell back comb, c. 1890. The center ornament is a blue and white cameo of angels posing as the three muses. It is encased with diamonds.…… END_OF_DOCUMENT_TOKEN_TO_BE_REPLACED

Best known for its British Arts and Crafts and Art Nouveau jewelry, this firm opened in 1880, producing neo-Renaissance pieces. From 1891 – 1916, the imaginative, bright enamel work on their peacock, wing, and insect designs won them Royal patronage. In 1916, the firm closed. This piece, which is signed, might be part of their…… END_OF_DOCUMENT_TOKEN_TO_BE_REPLACED

We’ve been following a lot of combs sold at Sotheby’s auctions. I thought it might be useful to list their final sale prices to get a sense of the comb market. Like any antique, the highest prices went to pieces that were made by the hands of a master who changed the way the world…… END_OF_DOCUMENT_TOKEN_TO_BE_REPLACED

I am buying a very interesting late Meiji kushi and kogai set. Although the material is tortoiseshell, has gaps in the gold makie paint to allow light to show through the comb, has the Meiji feature of the design folding over the top of the comb as it goes from front to back, and the…… END_OF_DOCUMENT_TOKEN_TO_BE_REPLACED